IT solution for EU-compliant medicine protection 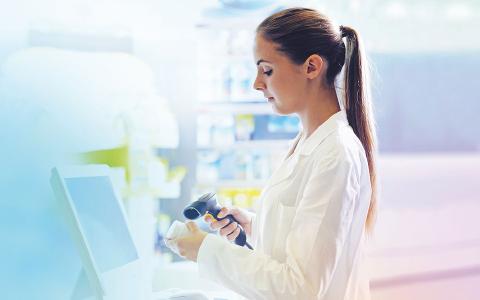 (PresseBox) ( Gütersloh, 16-06-23 )
By early 2019, all EU member states must carry out a binding implementation of the EU FMD (Falsified Medicines Directive) for pharmaceutical preparations. As a member of the European Economic Area (EEA) Norway will also implement these guidelines. After Germany Norway now has commissioned the IT systems integrator arvato Systems via Letter of Intent to develop and operate an IT platform for the verification of drugs. The soon to the stakeholder association "Norwegian Medicines Verification Organization" (NoMVO) belonging pharmaceutical industry association LMI has recently signed the LOI in Gütersloh.

In June 2015, arvato Systems was appointed by the European Medicines Verification Organization (EMVO) as an official service provider for the National Blueprint Service. This specialist company in Gütersloh, Germany offers a proven software solution that makes a swift and cost-efficient implementation of all aspects of the FMD possible. The arvato Systems solution makes the end-to-end serialization of medications – from pharmaceutical manufacturers through to verification in individual pharmacies – possible.

arvato Systems will begin the pilot phase of the FMD implementation in Norway with a variety of manufacturers and medications. For the later, nationwide expansion of the IT platform, all practical knowledge gained from this initial work will be made available to all market partners. In addition, arvato Systems is also taking part in firm discussions with a number of other manufacturers' associations regarding implementation of the National Blueprint Service. "With arvato Systems we are pleased to have a competent partner with whom we can undertake the implementation of the new EU Delegated Regulation according to the requested time schedule so that we, as one of the first countries to take part, can benefit early and in a timely manner from this promising system", says Eckart Holtz from LMI in Norway. Peter Koop, Director of Finance & Healthcare at arvato Systems adds, "We are also looking forward to getting started with the implementation of these new EU guidelines and hope that this project will set the tone for subsequent implementations. This underscores just how important the early establishment of a national verification system is."

In the field of healthcare, arvato Systems offers serialization solution platforms that implement the stringent requirements of the EU directive for preventing falsified medications. Since January 2013, arvato Systems has been operating a national IT solution for protecting against falsified medicines for the securPharm initiative, which is supported by German pharmaceutical manufacturers. This initiative provides authentication checks for medications before they are dispensed to patients. This platform enables all packaging data to be stored via valid serial numbers and thus the entire delivery chain can be effectively managed. In Germany, both product numbers and serial numbers for medicines are recorded using a special coding system based on the data matrix barcode.

In order to insure high security standards in the face of a global increase in falsified medicines, an EU directive for increasing protection against falsification was adopted in June 2011. By 09 February 2019, the Falsified Medicines Directive (FMD) must be implemented in every EU country across all market partners (in particular for manufacturers, pharmacies and wholesalers). Consequently, any medications that are at risk of falsification must in future carry an approved security feature. This will enable the authenticity of a product to be established at any point along the production and delivery chain – including up to the time it is dispensed to the final consumer.

We use the technology talent and expertise of over 3,000 people at more than 25 sites throughout the world. Being a part of the arvato network and belonging to Bertelsmann, we have the unique capability to create entire value chains. Our team creates integrated, future-proof business infrastructures that help make our clients more agile and competitive, and enable them to deliver new standards of service to their customers. We create streamlined digital processes that support innovative business models. Moreover we provide operation and support services.

arvato Systems offers an exceptional combination of international IT engineering excellence, the open mindset of a global player, and the dedication of employees. We also ensure that all our customer relationships are as personally rewarding and long-lasting as they are successful.
www.IT.arvato.com
arvato Systems is one of the Top Employers in Germany 2016

16 times gold and once silver: Successful re-profiling with Microsoft competencies