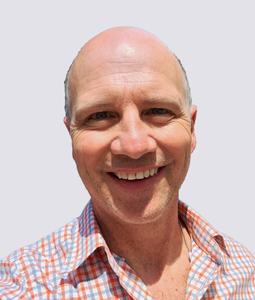 With a career history spanning some of North America’s most prestigious suppliers and broadcast companies, from Avid to CNN, Rob Fox is expected to make a significant contribution to arvato Systems North America. His tasks will include working with the existing team to strengthen arvato Systems position in the USA with particular focus on Digital Media Management products including arvato Systems flagship MAM product, VPMS. Being a market leader in Germany for many years, arvato Systems solutions are increasingly used in North America. Hence, Rob is going to build a sales, delivery, and service unit to serve the growing demand for professional broadcast and media software in the US. His recruitment is another demonstration of arvato Systems continuing commitment to and engagement with the North American market.

In his most recent position, Fox handled Broadcast Markets for DVS Server and Storage products at Rohde & Schwarz. Previously, he had his own video consulting and project services company, Fox Rox Productions.

“I'm looking forward immensely to the new role. I hope to use my broadcast knowledge and extensive network to support the arvato Systems team as they expand and grow. Digital transformation is at the heart of arvato Systems and the time is right for products such as VPMS to find their place in North American markets," says Fox.

“We are pleased to have recruited such an enthusiastic and dynamic player in the world of broadcast technology,” comments Holger Noske, VP Digital Media Management at arvato Systems S4M GmbH. “We expect Rob’s experience and expertise to play a significant role in taking arvato Systems to the next level in the USA and Canada”.

As global next generation IT systems integrator arvato Systems focuses on "Digital Transformation Solutions". We use the technology talent and expertise of over 3,000 people at more than 25 sites throughout the world. Being a part of the arvato network and belonging to Bertelsmann, we have the unique capability to create entire value chains. Our team creates integrated, future-proof business infrastructures that help make our customers more agile and competitive, and enable them to deliver new standards of service to their customers. We create streamlined digital processes that support innovative business models. Moreover we provide operation and support services.

Customers from the world of media, one of our core areas of expertise, can also benefit from these solutions. Custom-tailored arvato Systems solutions for broadcast management, media asset management, and publishing, enhanced by marketing and enterprise solutions are in use today in more than 30 countries.