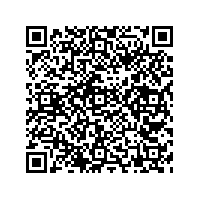 With the combination of arvato Systems' VPMS (Video Production Management System) and Adobe Premiere Pro CS6, customers will benefit from the open architecture and the combination of high-res and low-res tools to simplify production, reduce costs and provide media and metadata access to a variety of users.

With the web-based VPMS MediaCenter, users browse, select, and pre-edit media assets. In addition to many other options, the VPMS MediaCenter is used for metadata enrichment, logging, and initiation and control of high-res production workflows.

The new workflow will be presented at the IBC 2012 in Amsterdam In booth 3.B26.

For over 30 years arvato Systems has been building a solid reputation as a systems integrator. We not only implement standard software but also offer tailor made, industry specific and individually developed solutions. More than 2,000 dedicated employees at 25 sites throughout the world are always there for their customers. Being part of the arvato network, a leading European BPO provider belonging to Bertelsmann AG, we have the unique capability to create entire value chains and combine IT with other arvato services to an integrated service offer from one source. The strength of arvato Systems is in the intelligent combination of systems integration and planning, operation and support. Our customers appreciate the way we bring in-depth industry know-how, cross-platform expertise, a true partnership approach and genuine entrepreneurial spirit to the table. Our solutions pave the way to your success.

For the broadcast and new media industry we offer integrated software solutions for broadcast management and media asset management. So far, the systems are being used in more than 30 countries worldwide.

Our customers appreciate the way we bring in-depth industry know-how, cross-platform expertise, a true partnership approach and genuine entrepreneurial spirit to the table. Our solutions pave the way to your success. www.arvato-systems.com