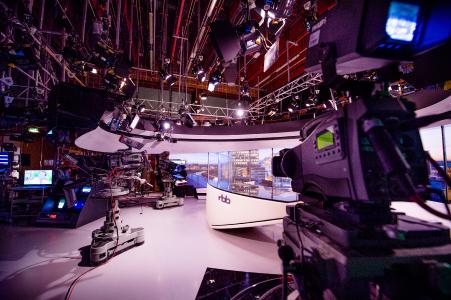 With powerful interfaces to third-party systems including Avid Interplay, EVS video servers and the Annova OpenMedia newsroom system, VPMS integrates not only video and audio formats but also supports different production workflows. VPMS Web Client users at any journalist or editing workstation are able to engage fully with all metadata with the ability to find, view, edit and manage their files with associated metadata. Content is available to journalists and editors during ingest – significantly speeding up the creation of new items. Users have a fully transparent view of the current status of productions and can also access and re-use archive content. As well as TV playout, content can be published to internet platforms such as the Mediathek. Using a VPMS plug-in rbb radio users access VPMS content from their own newsroom system.

Connecting Content & People: The benefits of multi-site networking
One of the bigger challenges of the project was the requirement for the system to work across multiple sites. Arvato Systems needed to ensure that different services were shared across the two sites, following the requirements of the broadcaster. Integration partner Qvest Media provided technology design and the Amberfin farm was responsible for transcoding video material across both sites. However, several VPMS modules and processes were not required to communicate across locations, instead providing redundancy, so that users can continue to work even if the system is down for maintenance or component failure. Automated load balancing across the two sites is active meaning that if one site is very busy, the other site can offer computing capabilities. Networked working saves resources for the broadcaster and simplifies working with VPMS for users, who do not need to be aware of the system’s physical location of the system when they log in. Users simply login wherever they are and media assets are made available to them via the broadcaster’s Private Cloud.

Long-term co-operation between Arvato Systems and Qvest Media
Replacing rbb’s existing video production system was part of a comprehensive restructuring process. A new studio was created; the broadcaster transitioned to HD and new workflows were implemented across the board. Qvest Media was system integrator for the whole project. Working closely with Arvato Systems, the international broadcast and media technology system architects won the EU tender against strong competition.

“Arvato Systems VPMS was an important part of the tender,” recalls Wolfram Klemmer, Chief Engineer and Head of System Planning at rbb. “The system is already used in almost every area of production. The homogenous structure makes it easy to move and share media files and also makes working across multiple sites far more flexible. Our news reports are more varied and more up to the minute. Over the next few months, more editorial teams will move over to the new system. Arvato Systems is also currently working on a technological solution for transferring media files around the whole of the ARD.

“rbb had ambitious goals” emphasizes Dirk Steinmeyer, Arvato Systems Director Sales Broadcast Solutions, “which makes us all the more pleased that – thanks to excellent planning and co-operation between the rbb, Qvest Media and Arvato Systems teams – we were able to implement the right solution in the right time frame.

We use the technology talent and expertise of over 3,000 people at more than 25 sites throughout the world. Being a part of the Arvato network and belonging to Bertelsmann, we have the unique capability to create entire value chains. Our team creates integrated, future-proof business infrastructures that help make our clients more agile and competitive, and enable them to deliver new standards of service to their customers. We create streamlined digital processes that support innovative business models. Moreover we provide operation and support services.

Arvato Systems offers an exceptional combination of international IT engineering excellence, the open mindset of a global player, and the dedication of employees. We also ensure that all our customer relationships are as personally rewarding and long-lasting as they are successful.
www.IT.arvato.com
Arvato Systems is one of the Top Employers in Germany 2016

Cooperation Between Horus Pharma and Arvato Systems on Product Serialization

Eines ist sicher: COVID-19 hat einiges beschleunigt, wofür Unternehmen ohne Pandemie wesentlich länger gebraucht hätten. Das gilt zum Beispiel für die verstärkte Nutzung der Cloud für Backup und Recovery. read more
The publisher indicated in each case is solely responsible for the press releases above, the event or job offer displayed, and the image and sound material used (see company info when clicking on image/message title or company info right column). As a rule, the publisher is also the author of the press releases and the attached image, sound and information material.
The use of information published here for personal information and editorial processing is generally free of charge. Please clarify any copyright issues with the stated publisher before further use. In the event of publication, please send a specimen copy to service@pressebox.de.