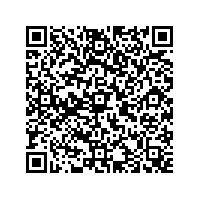 farmpilot from arvato Systems Among the Top Cloud Solutions

(PresseBox) ( Gütersloh, 12-09-14 )
(arvato Systems) Gütersloh, Germany -- The systems integrator arvato Systems submitted farmpilot, a vendor-neutral portal solution, as its entry for the ‘Best in Cloud 2012’ award. It has now been announced that farmpilot has made it to the final. The jury for the competition run by the Computerwoche magazine has named arvato Systems as one of the finalists in the ‘Software as a Service (SaaS)’ category.

The goal of the farmpilot system is to improve the coordination of vehicles (such as tractors, shredders, and field sprayers) used by agricultural companies for field work. To this end, each vehicle is equipped with either a built-in machine terminal or a mobile device such as a tablet PC. Operators can monitor their vehicles from an Internet-based farmpilot control center in real time in a radar-like fashion, and assign tasks using mobile telecommunications. On the vehicles themselves, farmpilot is used as a navigation system that guides the driver to the next work location.

Vehicles can also be categorized into groups. All of the drivers in a group can see the positions of the other group members on their terminals at all times. This is especially helpful during a corn harvest, for example, because machines such as shredders and transport vehicles need to be very closely coordinated.

farmpilot assists users achieve significant time savings when using expensive high-tech devices. This not only increases capacities, but also helps, for example, to optimize the use of tight time frames in harvesting work. Agricultural service providers, such as machinery rings or contractors, can use farmpilot to simplify the planning of complex harvesting, fertilizing, and plant protection efforts. Work that has been conducted can also be better documented and calculated for customers using the data farmpilot records.

The gala and announcement of winners for Computerwoche’s ‘Best in Cloud Awards 2012’ will be held at the Rheingoldhalle in Mainz, Germany, on October 24 and 25.

You can find more information about farmpilot on our website at www.farmpilot.de.

For over 30 years arvato Systems has been building a solid reputation as a systems integrator. We not only implement standard software but also offer tailor made, industry specific and individually developed solutions. More than 2,000 dedicated employees at 25 sites throughout the world are always there for their customers. Being part of the arvato network, a leading European BPO provider belonging to Bertelsmann AG, we have the unique capability to create entire value chains and combine IT with other arvato services to an integrated service offer from one source. The strength of arvato Systems is in the intelligent combination of systems integration and planning, operation and support. Our customers appreciate the way we bring in-depth industry know-how, cross-platform expertise, a true partnership approach and genuine entrepreneurial spirit to the table. Our solutions pave the way to your success. www.arvato-systems.com