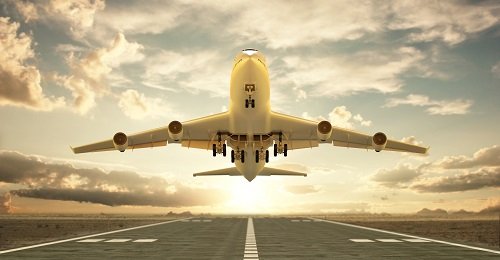 (PresseBox) ( Gütersloh, Germany, 21-09-20 )
AIRSYS, Hamburg Airport’s subsidiary responsible for IT operations, has extended its partnership with Arvato Systems. In doing so, the company is renewing its contract, which entails operation of its data center and network as well as system administration, with the IT specialists from the Bertelsmann Group. On top of that, AIRSYS has contracted Arvato Systems to run a central service desk, representing a further key service delivered by the IT service provider.

Arvato Systems’ overall IT concept for AIRSYS calls for extensive use of automation at all levels. For instance, IT services will be managed in a transparent way using a newly designed service portal, which allows selected key users to add or remove IT resources via customizable, pre-configured service settings. In addition to this, auto-recovery mechanisms will also be added for automatic troubleshooting for the customer’s IT applications and infrastructure.

The new service desk will be run at the nearshore facility in Riga, Latvia, where a German-speaking service desk team will tend to customer needs and accept service requests from AIRSYS. The main potential for improvement lies in higher initial resolution rates at the service desk and higher quality in ticket processing during handover to the other support levels.

To meet the airport’s unique security requirements, Arvato Systems additionally developed a special IT architecture focusing on key aspects like security, speed, and future viability. This IT architecture consists of two georedundant core data centers in Leipzig. An edge data center located right near the airport in Hamburg is also available for latency-critical systems. In the medium term, an assessment procedure will also be defined to increase the number of cloud-based services to be made available via the connected Azure cloud.

This infrastructure will enable business-critical services to be implemented in such a way that they can be seamlessly transferred in a matter of seconds to another data center. The applications, which currently number roughly 125, will gradually be migrated to the new architecture as part of core migration to be completed by mid-2022.

As Hartmut Fries, Managing Director of Arvato Systems Perdata GmbH, says: “We’re extremely proud that AIRSYS awarded us the two contracts, and we believe there are major synergies to be had for our customer. By working together, we can further improve their cost efficiency and process quality. We look forward to our future partnership with AIRSYS.”

Background
As a fully-owned subsidiary of Flughafen Hamburg GmbH, AIRSYS operates the IT infrastructure at Hamburg Airport. Alongside traditional office communications, this also includes operational systems for flight plan adjustment, display systems, SAP systems used throughout the company, communications systems such as telephones, intercoms, and radio systems, as well as the entire local area network at the site. Hamburg Airport’s IT service company had invited companies to bid for control of the airport’s data center operations as well as a large portion of its system and application support for the first time back in 2016. That same year, Arvato Systems stood out from the competition and won the bid for comprehensive 1st-generation IT outsourcing.

Global IT specialist Arvato Systems supports major companies in Digital Transformation. About 3,000 staff in over 25 locations stand for in-depth technology expertise, industry knowledge, and focus on customer requirements. Working as a team, we develop innovative IT solutions, transition our clients into the Cloud, integrate digital processes, and take on IT systems operation and support. As a part of the Bertelsmann-owned Arvato network, we have the unique capability to work across the entire value chain. Our business relationships are personal; we work with our clients as partners so that together we can achieve long-term success. www.arvato-systems.com

Cyber Security as a Business Process