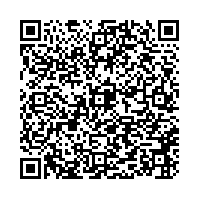 Wienerberger is preferred in Belgium as raw building material, Schüco in Italy and Spain

Architects often have a decisive or influencing role regarding the selection of products and brands. Especially when it comes to insulation and raw building materials. Because of this role, manufacturers in the construction sector would like to gain a preferred brand position among architects.

It is striking that in the Netherlands and Poland a large number of architects do not have a preferred brand. Having a preferred brand is something that can depend on the decisive role that architect have when choosing a brand. The European Architectural Barometer of Q1 2014 has shown that in Poland this decisive role of the architect is the smallest of all eight countries. In this same research it is shown that Dutch architects see their role in the product and brand selection process becoming less important. Both facts can be an explanation for the large number of architects that can not mention a preferred brand.

These and many other results and trends of the developments of the European construction market can be found in the European Architectural Barometer, an international market research conducted among 1,600 architects in Europe. This study is conducted in Germany, France, Italy, Spain, United Kingdom, the Netherlands, Belgium and Poland by Arch-Vision four times a year. Besides indicators to forecast the European building volumes, a specific topic is highlighted each quarter. The topic in Q1 2015 was "Love brands".