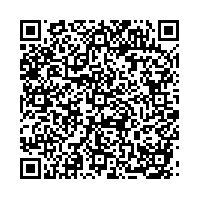 World first for steel: ArcelorMittal investigates the industrial use of pure hydrogen 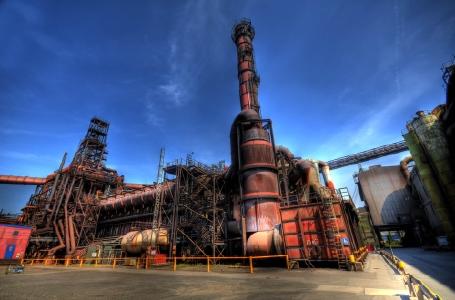 (PresseBox) ( Cologne, 19-03-28 )
In order to permanently reduce CO2 emissions, ArcelorMittal has developed a low-emissions technology strategy, which targets not only the use of alternative feedstocks and the conversion of CO2 emissions, but also the direct avoidance of carbon (Carbon Direct Avoidance, or CDA).

This year, the Group intends to launch a new project in the ArcelorMittal plant in Hamburg to use hydrogen on an industrial scale for the direct reduction of iron ore in the steel production process for the first time. A pilot plant is to be built in the coming years.

Already today, the Hamburg plant has one of the most efficient production processes of the ArcelorMittal Group due to the use of natural gas in a direct reduction plant (DRI). The aim of the new hydrogen-based process is to be able to produce steel with the lowest CO2 emissions. The project costs amount to around 65 million euros. In addition, a cooperation agreement with the University of Freiberg is planned in order to test the procedure in the coming years at the Hamburg plant premises. The hydrogen-based reduction of iron ore will initially take place on a demonstration scale with an annual production of 100,000 tonnes.

"Our Hamburg site offers optimum conditions for this innovative project: an electric arc furnace with DRI system and iron ore pellets stockyard as well as decades of know-how in this area. The use of hydrogen as a reducing agent shall now be tested in a new shaft furnace," comments Frank Schulz, CEO of ArcelorMittal Germany.

In the process, the separation of H2 with a purity of more than 95 percent from the top gas of the existing plant should be achieved by so-called pressure swing adsorption. The process is first tested with grey hydrogen (generated at gas separation) to allow for economical operation. In the future, the plant should also be able to run on green hydrogen (generated from renewable sources) when it is available in sufficient quantities.

With the Hamburg hydrogen project, ArcelorMittal is advancing pioneering technology for direct CO2 avoidance as one of a number of potential pathways for low-emissions steelmaking. The Group is already investing more than 250 million euros in various carbon emissions reduction technologies, for example in Ghent where waste carbon gases will be used for the production of alternative fuels or in chemical products. Likewise, methods are tested in which biocoal from waste wood is used instead of coking coal as a reducing agent in the blast furnace.

ArcelorMittal is committed to climate protection. With its multi-technology approach, the Group wants to make an active contribution to achieving the ambitious climate and energy policy goals of the Paris agreement and to identify which technologies are technically and economically feasible to reduce, capture or avoid CO2 emissions.

With a production volume of 8 million tonnes crude steel, ArcelorMittal is among the largest steel producers in Germany. Its customers come from the automotive and construction industry, as well as from the packaging and household appliances sector. The group runs four large production sites in the country. These are two fully integrated flat carbon sites in Bremen and Eisenhüttenstadt as well as two long carbon sites in Hamburg and Duisburg. Moreover the group has seven steel service centers and 16 distribution centers in the federal republic. ArcelorMittal employs more than 9,000 people in Germany.

ArcelorMittal is the world's leading steel and mining company, with a presence in 60 countries and an industrial footprint in 18 countries. Guided by a philosophy to produce safe, sustainable steel, we are the leading supplier of quality steel in the major global steel markets including automotive, construction, household appliances and packaging, with world-class research and development and outstanding distribution networks. Through our core values of sustainability, quality and leadership, we operate responsibly with respect to the health, safety and wellbeing of our employees, contractors and the communities in which we operate.

For us, steel is the fabric of life, as it is at the heart of the modern world from railways to cars and washing machines. We are actively researching and producing steel-based technologies and solutions that make many of the products and components people use in their everyday lives more energy efficient. We are one of the world’s five largest producers of iron ore and metallurgical coal and our mining business is an essential part of our growth strategy. With a geographically diversified portfolio of iron ore and coal assets, we are strategically positioned to serve our network of steel plants and the external global market. While our steel operations are important customers, our supply to the external market is increasing as we grow.

In 2018, ArcelorMittal had revenues of $76 billion and crude steel production of 92.5 million metric tonnes, while own iron ore production reached 58.5 million metric tonnes. ArcelorMittal is listed on the stock exchanges of New York (MT), Amsterdam (MT), Paris (MT), Luxembourg (MT) and on the Spanish stock exchanges of Barcelona, Bilbao, Madrid and Valencia (MTS).