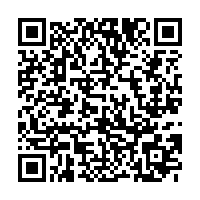 Subscribe to news
(PresseBox) ( Munich, 17-05-10 )
.
On the opening evening of the transport logistic fair at the IFOY Award Night at BMW World in Munich, all eyes were on the world's best intralogistics machines of 2017. This year, eleven machines and solutions from seven manufacturers made it into the final round. Following the six-month selection and testing process, there were huge celebrations when the congratulatory speakers announced the traditionally well-guarded names of the winners. Jungheinrich, Still and Torwegge claimed victory in four categories and were presented with the metal and glass trophies to the applause of the 200 invited guests.

"Industry 4.0 is fast becoming part and parcel of intralogistics. This is an area in which the winners have showcased innovations that not only promise but also measurably supply quantum leaps in terms of customer benefit", said Anita Würmser, Executive Chairperson of the IFOY Jury.

Victory in the "Warehouse Truck" category went to the iGo neo CX 20 from Still, the world's first autonomous horizontal order picker. The main reasons for the jury decision were the high degree of innovation, the outstanding customer benefit and the professional implementation concept. In its reasons for its choice, the jury said: "The iGo neo represents a milestone in the development of autonomous materials handling equipment. It closes the gap between robotics and intralogistics". Above all the IFOY Test confirmed the spectacular savings made by the iGo neo CX 20 compared to conventional order pickers. The iGo neo is more efficient and more productive in all test layouts whenever the pedestrian principle is used, and the test team found that efficiency can be boosted by up to 47 percent.

In an exciting finish, the flexible TORsten AGV concept from Torwegge snatched victory in the "Automated Guided Vehicle" category. The omnidirectional heavy-duty AGV drives beneath the platform and can move loads of up to 7.5 tonnes. The concept uses different load carriers that are fitted with matching shelves or containers to meet customer specifications. TORsten was developed in close cooperation with the SEW company and the University of Aachen.

The jury chose Jungheinrich's Indoor Positioning solution as the "must-have" in the "Special of the Year" category. The localisation system for warehouse trucks is based on smartphones, beacons and Bluetooth, and impressed the jury above all with its outstanding customer benefit and high market relevance. In the words of the jury, "the concept is not only suitable for vehicle types from different manufacturers but can also be implemented flexibly, rapidly and at low cost".

Still collected a second IFOY Award for its heavy-duty tugger train with automatic loading and unloading. In the opinion of the jury, the tugger train – purpose-designed to supply components to the production process on the site of an English construction machine manufacturer – not only extends the range of applications of tugger trains but also has self-evident advantages in view of the increasing average age of people employed in logistics, as the physical performance capability of the operator is no longer relevant.