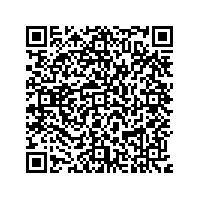 IFOY AWARD 2017: Still iGo Neo is the Warehouse Truck of the Year 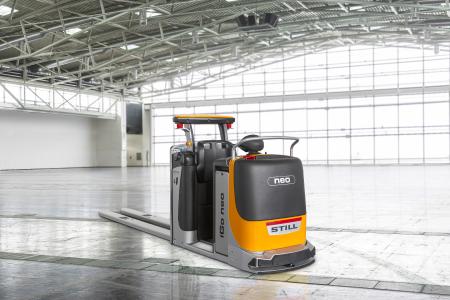 (PresseBox) ( Munich, 17-05-10 )
.
The IFOY Award 2017 in the category "Warehouse Truck" goes to the iGo neo CX 20 from Still GmbH in Hamburg. The international jury chose the first autonomous horizontal order picker as the best warehouse truck of the year.

The winner was a well-kept secret up to the last moment. Last Tuesday, the name was revealed at the IFOY Award Night at BMW World in Munich, when Dr. Jochen Köckler, member of the Managing Board of Deutsche Messe AG based in Hannover, presented the metal and glass trophy to the delighted recipients.

The key factor in the decision of the jury was the highly innovative character combined with an outstanding and a very professional implementation. “The iGo neo constitutes a milestone in the development of autonomous warehouse trucks. The worldwide first autonomous horizontal order picker closes the gap between robotics and intralogistics”, said the jury.

The IFOY Test shows that the savings compared to conventional order pickers are spectacular. It is more efficient and more productive in all test layouts whenever the pedestrian principle is used, and the test team found that efficiency can be boosted by up to 47 percent. The dynamic process that causes the machine to move at the same time as the operator ensures that the benefits of the system are fully exploited. The limiting factor is no longer the machine and its operation but the walking speed of the operator.

The most important innovation is its intelligence. The laser scanning feature to recognise the immediate surroundings gives the iGo neo cognitive capabilities which – together with the intelligent vehicle control system – ensure that the machine follows the operator on its own. Both the operating concept and the sensor and control technology are highly innovative, according to the scientific IFOY Innovation Check.

The iGo neo can be optionally used either manually or autonomously without preset defaults, infrastructure or external remote control. In the latter case, the truck then distinguishes between static and dynamic objects or persons and recognises the intention of the operator based or his or her movements. It is conceivable that modern robotics will in future permit vehicle control based on gesture recognition.

The 180-degree panorama view of the front-mounted laser scanner permits identification of obstacles, ensuring an anticipatory driving mode with adapted driving characteristics. Damage due to sudden full-on braking are a thing of the past.

In addition, an optical signal unit indicates the current working mode via a kind of visual pulse beat and a simple light code. This nonverbal user Interface ensures that the order picker can be used in all language environments and cultural settings as well as by all age groups.