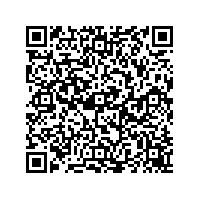 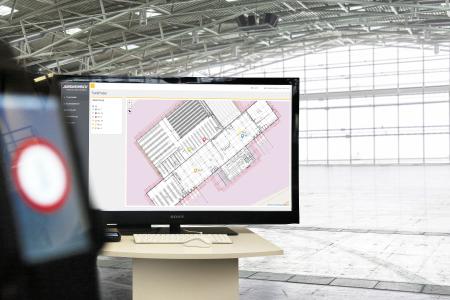 (PresseBox) ( Munich, 17-05-10 )
.
The IFOY Award 2017 in the category "Special of the Year" goes to the Indoor Positioning system from Jungheinrich AG in Hamburg. The international jury chose the intelligent system for the simple localisation of material handling as the must-have of 2017.

The winner was a well-kept secret up to the last moment. Last Tuesday, the name was revealed at the IFOY Award Night at BMW World in Munich, when BMW-Senior Vice President Jürgen Maidl presented the metal and glass trophy to the delighted recipients.

The decisive factor for the jury was the excellent market relevance and the very high customer benefit. The reasons given by the jury: "The indoor localisation solution offers numerous advantages for customers, from greater transparency through to increased productivity of the vehicle fleet. As this concept uses smartphones and Bluetooth technology, it is not only suitable for vehicle types of different manufacturers but can also be implemented or adapted flexibly, rapidly and at low cost – when the warehouse layout is modified, for example. The usual drawbacks of other technologies, such as high costs or sensitivity to dirt, do not apply in this case".

Jungheinrich's Indoor Positioning system is based on an existing model in the consumer sector. Each truck is fitted with a smartphone, which – in connection with several beacons installed across the entire warehouse – calculates the trucks' respective positions and directly transmits this data to a server. Via a Web app, the trucks' positions can be tracked and the processed data based on this information can also be viewed – at any time and without delay. It permits the generation of location-based reports and the analysis of truck movements – live as well as retrospectively.

The Web-based software is intuitive and provides the user with the desired overview at all times as well as the option of making adjustments.

Four application options are possible: TruckFinder, RouteOptimizer, ZoneGuard and SpeedZoning. TruckFinder is the basic setting for the localisation of vehicles. RouteOptimizer is used to analyse driving routes, to identify problems and to initiate possible improvements. ZoneGuard assigns trucks to different departments. As soon as a truck leaves its zone, an e-mail is sent to the warehouse manager. Last but not least, SpeedZoning gives a warning if the speed limit is exceeded, for example, or if trucks are incorrectly parked. The warning first appears only on the smartphone of the driver and as an e-mail to the warehouse manager, but there is not yet any intervention in the control of the trucks – to automatically reduce the speed, for example.