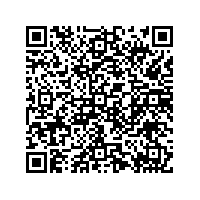 Finalists for Logistics Hall of Fame 2017 have been fixed 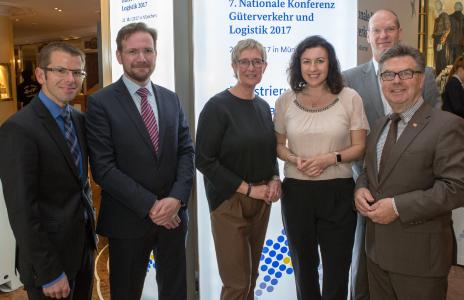 (PresseBox) ( Ismaning near Munich, 17-06-01 )
.
The finalists for election to the official Logistics Hall of Fame 2017 have now been decided. At a meeting of the nomination committee last Tuesday at the 7th Federal Conference Transport and Logistics, staged by the Ministry of Transport and Digital Infrastructure (BMVI) in Munich, the committee nominated eight individuals for induction into the international pantheon of logistics. As notified by the organisation, 17 valid proposals from Australia, Croatia, Denmark, Finland, Germany, Switzerland, United Kingdom and United States of America have reached the Logistics Hall of Fame. Most of the names are entrepreneurs and managers from the logistics service providers, humanitarian logistics, internet trading sector, intralogistics, science and media.

Only the jury has access to the list of candidates. The 56 experts from all fields of logistics will elect the new member of the Logistics Hall of Fame in the summer.

The vote of the jury will be announced in September. The official induction ceremony of the newly elected member traditionally takes place in November during a gala reception at the Federal Ministry of Transport and Digital Infrastructure (BMVI), Berlin, Germany.

The patron of the Logistics Hall of Fame is Alexander Dobrindt, Federal Minister of Transport and Digital Infrastructure (BMVI). The Hall is also supported by relevant sector associations, media and companies, including the Port of Duisburg (duisport), Gebrüder Weiss, logistics insurer Kravag, the Fahrzeugwerk Bernard Krone company, intralogistics provider Still, the Federal Central Cooperative for Road Transport (SVG) and the TimoCom freight exchange.

The Hall of Fame can be accessed free of charge at any time at www.logisticshalloffame.net and features information and photos on logistics milestones and the people behind them.

The Logistics Hall of Fame honours leading figures who have made outstanding efforts to promote the further development of logistics and supply chain management. The aim of the Logistics Hall of Fame is to document key milestones in logistics worldwide and honour the people behind them, in order to underline the importance for economy and society. The non-profit initiative is supported by the world of politics, associations, the logistics industry, media and science. The patron is Alexander Dobrindt, Federal Minister of Transport and Digital Infrastructure (BMVI).

Photo: Have nominated the finalists for induction into the world´s pantheon of Logistics at the Federal Conference Transport and Logistics in Munich (from left): Matthias Rathmann (Editor-in-Chief of the German Logistics newspaper trans aktuell), Robert Cameron (Head of Logistics Department of the Association of the Automotive Industry, VDA), Anita Würmser (Executive Chairperson of the Logistics Hall of Fame jury), Dorothee Bär (State Secretary at the Federal Minister of Transport and Digital Infrastructure, Logistics Coordinator of the Federal Government of Germany), Sascha Schmel (Managing Director of the VDMA Materials Handling and Intralogistics Sector Association), Adalbert Wandt (President of the German Association of Road Haulage, Logistics and Disposal, BGL). Source: BMVI