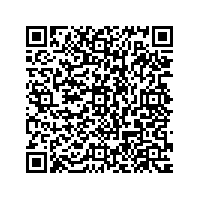 Phil Rogers to reveal the next era of computing innovation

From the use of gestures to augmented reality and biometric recognition to the ever expanding video-centric world that we live in, this keynote will not just ask audience members to imagine a place, but will show them innovative applications that are available today as well as what's coming. The HSA Foundation invites IFA 2012 attendees to join Phil and other industry leaders in the International Keynote Area, Hall 6.3 on Friday from 3:00 to 3:45 p.m.

About the HSA Foundation

The HSA (Heterogeneous System Architecture) Foundation is a not-for-profit consortium for SoC IP vendors, OEMs, academia, SoC vendors, OSVs and ISVs whose goal is to make it easy to program for parallel computing. HSA members are building a heterogeneous compute ecosystem, rooted in industry standards, for combining scalar processing on the CPU with parallel processing on the GPU while enabling high bandwidth access to memory and high application performance at low power consumption. HSA defines interfaces for parallel computation utilizing CPU, GPU and other programmable and fixed function devices, and support for a diverse set of high-level programming languages, thereby creating the next foundation in general purpose computing. Learn more about HSA and the HSA Foundation at www.hsafoundation.com.

The HSA Foundation logo is a trademark of the Heterogeneous System Architecture Foundation. Other names are for informational purposes only and may be trademarks of their respective owners.