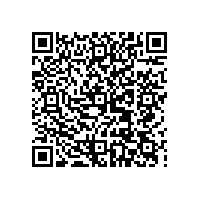 AMD (NYSE:AMD) today announced revenue for the fourth quarter of 2011 of $1.69 billion, net loss of $177 million, or $0.24 per share, and operating income of $71 million. The company reported non-GAAP net income of $138 million, or $0.19 per share, and non-GAAP operating income of $172 million. Fourth quarter non-GAAP net income excludes an impairment of AMD's investment in GLOBALFOUNDRIES of $209 million, restructuring charges of $98 million, the loss from discontinued operations of $4 million, the amortization of acquired intangible assets of $3 million and a loss on debt repurchase of $1 million.

"AMD shipped more than 30 million APU's in 2011, resulting in record annual notebook revenue," said Rory Read, AMD president and CEO. "The unmatched combination of computing and graphics capabilities in our low-power 'Brazos' platform has made it our fastest ramping platform ever, paving the way for continued growth in key segments and geographies. Our server business has re-gained momentum, delivering two consecutive quarters of strong sequential growth.

"We continued optimizing our financial model in 2011, consistently delivering operating income and creating the foundation for sustained success. We begin 2012 clear on our priorities and opportunities. We are building an AMD that consistently delivers on its commitments."

- Gross margin was 46 percent, a sequential increase of one percent.

- Dell introduced four new PowerEdge systems, including the world's most power-efficient blade server. The AMD-powered PowerEdge R715 was awarded Technology of the Year from InfoWorld magazine based on its outstanding virtualization performance.

- The AMD Opteron 6200 Series Processors were honored with the Analysts' Choice Award for Best Server Processor by the Linley Group and "Technology of the Year" from InfoWorld.

- AMD Opteron processor adoption in the HPC market continued, as the National Science Foundation announced a new supercomputer at the University of Illinois' National Center for Supercomputing Applications (NCSA) will be powered by approximately 50,000 AMD Opteron 6200 series processors.

- Worldwide demand for AMD APUs continued to increase throughout the fourth quarter. AMD shipped more than 30 million APUs in 2011, including a record number of mobile processors found in notebooks from Acer, Asus, Dell, HP, Lenovo, MSI Samsung, Sony and Toshiba.

- AMD introduced new A-Series notebook and desktop APUs that offer improved performance and enhanced features. We expect that systems based on the refreshed A-Series APU will be offered from the world's largest PC companies in early 2012.

- In December, AMD launched the world's fastest single-GPU graphics card(4) and the first member of its AMD Radeon(TM) HD 7000 Series graphics family, the AMD Radeon HD 7970. The HD 7970 delivers up to 150% performance improvement per square millimeter compared to our previous generation GPU, and is the industry's first 28nm GPU(5).

- AMD is the industry leader in leading-edge graphics technology, having shipped more than 100 million DirectX® 11graphics engines across its GPUs and APUs that enable superior visual experiences.

AMD's outlook statements are based on current expectations. The following statements are forward-looking, and actual results could differ materially depending on market conditions and the factors set forth under "Cautionary Statement" below.

AMD expects revenue to decrease eight percent, plus or minus three percent, sequentially for the first quarter of 2012.

For additional detail regarding AMD's results and outlook please see the CFO commentary posted at quarterlyearnings.amd.com.

AMD will hold a conference call for the financial community at 2:00 p.m. PT (5:00 p.m. ET) today to discuss its fourth quarter financial results. AMD will provide a real-time audio broadcast of the teleconference on the Investor Relations page of its Web site at AMD. The webcast will be available for 10 days after the conference call.

This release contains forward-looking statements concerning AMD, its first quarter 2012 revenue, its future growth in key segments and geographies, the momentum of its server business, its ability to deliver sustained success, the timing of future products that incorporate the company's products, and the company's restructuring plan implemented in the fourth quarter of 2011, the anticipated operational savings resulting from the restructuring and the company's plans for reinvesting these savings, which are made pursuant to the safe harbor provisions of the Private Securities Litigation Reform Act of 1995. Forward-looking statements are commonly identified by words such as "would," "may," "expects," "believes," "plans," "intends," "projects," and other terms with similar meaning. Investors are cautioned that the forward-looking statements in this release are based on current beliefs, assumptions and expectations, speak only as of the date of this release and involve risks and uncertainties that could cause actual results to differ materially from current expectations. Risks include the possibility that Intel Corporation's pricing, marketing and rebating programs, product bundling, standard setting, new product introductions or other activities targeting the company's business will prevent attainment of the company's current plans; the company will be unable to develop, launch and ramp new products and technologies in the volumes and mix required by the market and at mature yields on a timely basis; GLOBALFOUNDRIES will be unable to manufacture the company's products on a timely basis in sufficient quantities and using competitive technologies; the company will be unable to obtain sufficient manufacturing capacity or components to meet demand for its products or will under-utilize its commitment with respect to GLOBALFOUNDRIES' microprocessor manufacturing facilities; the company will be unable to transition its products to advanced manufacturing process technologies in a timely and effective way; global business and economic conditions will not continue to improve or will worsen resulting in lower than currently expected demand; demand for computers and consumer electronics products and, in turn, demand for the company's products will be lower than currently expected; customers stop buying the company's products or materially reduce their demand for its products; the company will require additional funding and may not be able to raise funds on favorable terms or at all; there will be unexpected variations in market growth and demand for the company's products and technologies in light of the product mix that it may have available at any particular time or a decline in demand; and the company will be unable to maintain the level of investment in research and development that is required to remain competitive. Investors are urged to review in detail the risks and uncertainties in the company's Securities and Exchange Commission filings, including but not limited to the Quarterly Report on Form 10-Q for the quarter ended October 1, 2011.

AMD, the AMD Arrow logo, AMD Opteron, AMD Radeon, and combinations thereof, and are trademarks of Advanced Micro Devices, Inc. Other names are for informational purposes only and used to identify companies and products and may be trademarks of their respective owner.