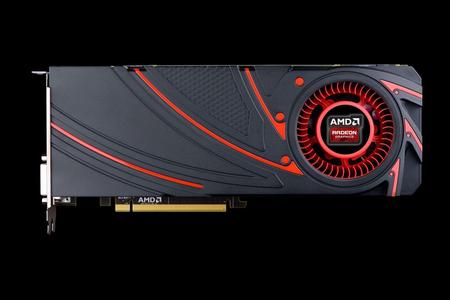 With AMD's award-winning Graphics Core Next (GCN) architecture at its core, the AMD Radeon R9 290X graphics cards have an unrivaled advantage with Mantle, an industry-changing technology developed by AMD. With Mantle, top game developers can harness the GCN-powered architecture found in both PCs and consoles, empowering them to speak the native language of the GPU core and benefit from an incomparable level of hardware optimization that unlocks revolutionary performance and image quality.

Application support for Mantle is required.

[ii] AMD TrueAudio technology is offered on select AMD Radeon™ R9 and R7 200 Series GPUs and is designed to improve acoustic realism. Requires an enabled game or application. Not all audio equipment supports all audio effects; additional audio equipment may be required for some audio effects. Not all products feature all technologies—check with your component or system manufacturer for specific capabilities.

[iv] AMD Eyefinity technology supports multiple monitors on an enabled graphics card. Supported display quantity, type and resolution vary by model and board design; confirm specifications with manufacturer before purchase. To enable more than two displays, or multiple displays from a single output, additional hardware such as DisplayPort™-ready monitors or DisplayPort 1.2 MST-enabled hubs may be required. A maximum of two active adapters is recommended for consumer systems. See www.amd.com/eyefinityfaq for full details.

AMD (NYSE: AMD) designs and integrates technology that powers millions of intelligent devices, including personal computers, tablets, game consoles and cloud servers that define the new era of surround computing. AMD solutions enable people everywhere to realize the full potential of their favorite devices and applications to push the boundaries of what is possible. For more information, visit www.amd.com.