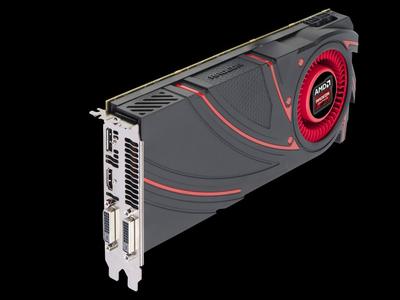 "With the AMD Radeon R9 290 GPU, AMD cements its position as the provider of ultimate gaming experiences," said Matt Skynner, general manager and corporate vice president, AMD Graphics Business Unit. "We deliver on the promise of world-class performance and features with the R9 Series graphics cards. With new innovations like Mantle and AMD TrueAudio technology, AMD brings an exceptional gaming experience for enthusiasts while defying the limits of audio and visual realism."

Armed with the new AMD TrueAudio technology and made to perform for ultra-resolution gaming, the AMD Radeon™ R9 290 GPU enables today's most immersive PC gaming experience for enthusiasts.[2]

Features of the AMD Radeon R9 290 graphics cards include:

[1] Application support for Mantle is required. Testing performed at AMD Labs by isolating API CPU performance. "Draw" defined as the minimum unique entity that can be rendered by an API draw command and a typical unique state associated with it. Mantle performed an average draw of 0.36 microseconds over two CPU threads. DirectX 11 performed an average draw of 3.89 microseconds over a single API thread and a single driver thread. Mantle results discounted by 20% for conservatism (i.e. 3.89/0.36/1.2 = 9.00). Test configuration: Intel Core 2 CPU X9650 at 3GHz, 4 GB of PC2-6400 RAM, AMD Radeon HD 7970 video card with 3 GB VRAM.

[2] AMD TrueAudio technology is offered on select AMD Radeon™ R9 and R7 200 Series GPUs and is designed to improve acoustic realism. Requires an enabled game or application. Not all audio equipment supports all audio effects; additional audio equipment may be required for some audio effects. Not all products feature all technologies-check with your component or system manufacturer for specific capabilities.

AMD (NYSE: AMD) designs and integrates technology that powers millions of intelligent devices, including personal computers, tablets, game consoles and cloud servers that define the new era of surround computing. AMD solutions enable people everywhere to realize the full potential of their favorite devices and applications to push the boundaries of what is possible. For more information, visit www.amd.com.