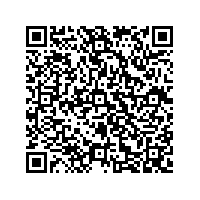 (PresseBox) ( Sunnyvale, Calif., 12-08-29 )
AMD (NYSE: AMD) announced today that the visionary behind Gustafson's Law, John Gustafson, has joined the company as senior fellow and chief product architect, Graphics Business Unit. In this role, Gustafson will set the technical vision for the AMD graphics business unit, driving the technology roadmap and platform for the AMD Radeon(TM) and AMD FirePro(TM) product lines as well as new technology planning and execution of business objectives. Gustafson will be based in Sunnyvale and will help evangelize AMD graphics leadership internally and externally.

"Our industry-leading graphics technology predicates that we consistently deliver the most differentiated and superior graphics processor unit (GPU) architectures and products - without compromise," said Matt Skynner, corporate vice president and general manager, AMD Graphics. "With the growing importance of parallel compute in defining the computing experience, John brings the full package of industry experience and knowledge needed to help us expand and execute our AMD Radeon and AMD FirePro graphics technology programs, and will help forge an aggressive long-term roadmap that allows AMD to continue to lead and win with our gaming and virtualization technologies."

Gustafson is a 35-year veteran of the computing industry. He joins AMD from Intel, where he headed the company's eXtreme Technologies Lab, conducting cutting-edge research on energy-efficient computing and memory, as well as optical, energy and storage technologies. Prior to that, he served as CEO at Massively Parallel Technologies and CTO at ClearSpeed Technology, a high-performance computing company. Gustafson has also held key management and research positions at numerous companies including Sun Microsystems, Ames Laboratory and Sandia National Laboratories.

"I look forward to working with my teams to expand the AMD graphics technology roadmap," said Gustafson. "The next decade will serve as a watershed era for GPUs in graphics rendering power and compute capabilities, creating the opportunity for multi-teraFLOPS APUs. In terms of raw performance, the evolution of discrete graphics has far exceeded that of the CPU, and the programmable characteristics of today's GPUs have thrown open a door that could very well see it rival the CPU as the most critical element of computer performance in the near future."

Gustafson holds both a master's and a doctorate degree in applied mathematics from Iowa State University, and a bachelor's degree in the same from the California Institute of Technology. He also holds numerous patents and has authored an extensive array of technical publications.