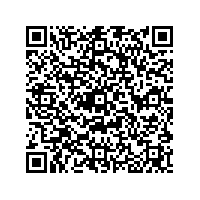 Subscribe to news
(PresseBox) ( Sunnyvale, Calif., 10-08-31 )
AMD (NYSE:AMD) today announced that a number of technology partners soon plan to release an inexpensive Single Link DisplayPortto-DVI adapter. The addition of the adapter to the burgeoning ATI Eyefinity ecosystem comes on the heels of the recently announced increase in AMDpowered discrete graphics options for the Apple iMac and Mac Pro, as well as AMD's return to market share leadership in discrete graphics.

The availability of the inexpensive Single Link DisplayPortto-DVI adapter, with a suggested retail price of $30 US, expands the ATI Eyefinity ecosystem to include the massive number of LCD monitors with DVI connectors and resolutions up to 1920 x1200. This encompasses the vast majority of monitors sold today, with many models available for well under $200 each. Now, ATI Eyefinity multimonitor solutions are within reach of virtually everyone, from diehard gaming enthusiasts to individuals wanting more screen real estate to improve workflow.

With OEM design wins continuing to roll in, including the recently announced refresh of Apple's iMac and Mac Pro lines, an even greater number of consumers can enjoy the benefits of AMD consumer and professional graphics solutions. Multimonitor set ups are more accessible than ever as monitors become available at a range of price points, and manufacturers release ultrathin bezel displays.

Advanced Micro Devices (NYSE: AMD) is an innovative technology company dedicated to collaborating with customers and technology partners to ignite the next generation of computing and graphics solutions at work, home and play. For more information, visit AMD.

AMD, the AMD Arrow logo, ATI, the ATI logo, Radeon, and combinations thereof are trademarks of Advanced Micro Devices, Inc. Other names are for informational purposes only and may be trademarks of their respective owner.