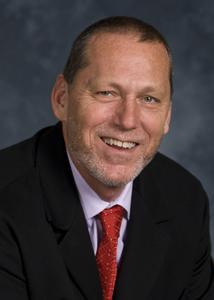 As AMD Server CTO, Newell is responsible for the concept and definition of AMD's longterm server roadmap based on current conditions, expected demand and longterm server trends. He is leading multiple worldwide teams and working alongside other AMD design and development teams to ensure successful transition of programs from design to market availability. Newell reports to Rick Bergman, senior vice president and general manager, AMD Products Group.

"Don Newell brings a strong combination of leadership skills, engineering and design expertise, and strategic direction," said Bergman. " We're fortunate to have Don on board as we prepare for the delivery of the "Bulldozer" core in our AMD Opteron processors, scheduled for launch in 2011."

During his 16 years with Intel, Newell led development of both SoC and server platform architecture innovations for areas ranging from cloud computing to handheld devices. Newell also initiated and drove the I/O Acceleration Technologies (IOAT) from initial research to product intercept, developed a detailed architecture for heterogeneous computing and was responsible for delivering the PC industry's first Digital TV receiver. He led his team to publish seminal papers on areas such as Cache QoS and network protocol processing. Newell has been published in more than 60 peerreviewed research journals and publications and is a coauthor of the IETF RFC2429 that specifies how video is transported over the Internet. Prior to joining Intel, he was a software engineer for first Datanex Software and later Sequent Computers. Newell received a Bachelors of Science from the University of Oregon.

AMD, the AMD Arrow logo, and combinations thereof are trademarks of Advanced Micro Devices, Inc. Other names are for informational purposes only and may be trademarks of their respective owners.