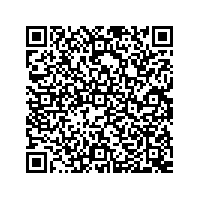 - Support for XMP and AMP Technology: Designed and tested to ensure compatibility across multiple platforms.
- Suitable for Everyone: Great fit for casual to hardcore gamers and everyone in between.
- Unbeatable Value: Comes with free Radeon RAMDisk 64GB with enhanced load-and-save as well as lifetime manufacturer's warranty1,4.
- Stay Cool: Features high-grade aluminum heat shield for enhanced heat dissipation.

AMD Radeon RG2133 Gamer Series Memory is available in the USA in early May 2013 through our launch partner, Newegg.com.

Visit www.radeonmemory.com for details on Limited Lifetime Warranty. Warranty provided by memory manufacturers. AMD’s product warranty does not cover damages caused by overclocking, even when overclocking is enabled via AMD hardware or software.

2 Memory profiles are designed to boost system performance with pre-set memory profiles. AMP profiles are only available on supported AMD platforms and XMP profiles are only available on supported Intel platforms. The motherboard and the DDR3 memory module must be AMP or XMP-enabled in order to download preset profiles. Check with motherboard manufacturer and system memory manufacturer to see if AMP or XMP are enabled.

AMD, the AMD Arrow logo and Radeon are trademarks of Advanced Micro Devices, Inc. Other names are for informational purposes only and may be trademarks of their respective owners.

AMD Radeon™ memory is designed and tested to work with AMD platforms and components but may not be supported on all chipsets and processors developed by other manufacturers – check with your component or system manufacturer to ensure AMD Radeon memory is compatible with a specific model or platform.