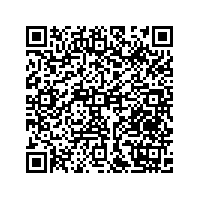 ALTANA reports sales increase in the first half of 2012

(PresseBox) ( Wesel, 12-08-08 )
The specialty chemicals Group ALTANA AG was able to further increase sales and operating earnings over the first six months of the current business year. Compared to the strong first half of 2011, ALTANA's sales rose by 5%, up from €840.3 million to €886.4 million. Adjusted for positive exchange rate as well as acquisition effects, sales came close to the prior-year level. Slightly declining volumes were offset by price increases and product-mix effects. Earnings before interest, taxes, depreciation and amortization (EBITDA) improved by 4% to €179.6 million, compared to €172.9 million in the prior-year period. At 20.3%, the EBITDA margin remained at a similarly high level as in the first six months of 2011 (20.6%). At €127.1 million, earnings before taxes (EBT) also remained at the healthy prior-year level (€127.0 million).

The regional sales development within the ALTANA Group was rather heterogeneous. Sales in North and South America were significantly increased by 11% compared to the first six months of 2011. This was attributable to the dynamic regional rise in demand as well as to positive exchange rate effects. The increase in sales of 4% in Europe resulted from acquisition effects, while the economic environment increasingly burdened the development of the company's business. In Asia, the hitherto sluggish development of demand led to a purely exchange-rate driven increase in sales of 3%.

"ALTANA is looking back on quite a successful first half of 2012. Despite the difficult overall economic conditions, we were able to further increase sales and EBITDA compared to the strong prior-year figures," stated Dr. Matthias L. Wolfgruber, CEO of ALTANA AG. "Based on our clear focus on innovative specialties and our flexible business model we are confident that we remain able to operate successfully even under ongoing uncertain and volatile market conditions."

Outlook
As a result of the increased global economic risks ALTANA anticipates a further moderation of demand for the second half of the current business year.
Nevertheless, compared to the previous year, we currently expect a moderate growth in sales for 2012 as a whole. Consequently, the EBITDA margin should remain within the target range of 18% to 20% in 2012.

ALTANA develops and produces high-quality, innovative products in the specialty chemicals business. The ALTANA Group, with headquarters in Wesel/Germany, is a genuine "global player" with about 85% of its sales generated by international activities. The ALTANA Group has four divisions: BYK Additives & Instruments, ECKART Effect Pigments, ELANTAS Electrical Insulation, and ACTEGA Coatings & Sealants. All of these divisions occupy a leading position in their target markets with respect to quality, product solution expertise, innovation and service.

ALTANA offers innovative, environmentally compatible solutions with the matching specialty products for coating manufactures, paint and plastics processors, the printing and cosmetic industries, and the electrical and electronics industry. The product range includes additives, special coatings and adhesives, effect pigments, sealants and compounds, impregnating resins and varnishes, and testing and measuring instruments. At present, the ALTANA Group has 41 production facilities and more than 50 service and research laboratories worldwide. Throughout the group over 5,300 people work to ensure the success of ALTANA worldwide. In 2011, ALTANA achieved sales of more than 1.6 billion euros. Its impressive earning power and high growth rate make ALTANA one of the most successful and innovative chemical groups worldwide.