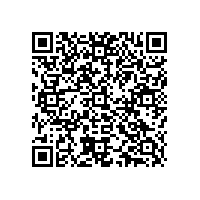 Subscribe to news
(PresseBox) ( Wesel, 13-03-22 )
.
- Sales of the specialty chemicals Group rise by 5 percent to €1.7 billion
- EBITDA reaches €323 million, with a margin of 19 percent
- Double-digit increase in research and development investments
- Further profitable growth and high investments planned for 2013

The specialty chemicals group ALTANA increased sales by 5% to €1.7 billion in the business year 2012, thereby achieving the target level set for the past business year despite economic headwind. Earnings before interest, taxes, depreciation and amortization (EBITDA) also grew by 5%, reaching €323 million. At 19%, the EBITDA margin remained at a high level. "In 2012, we proved once again that we are able to achieve profitable growth, even in a rapidly changing environment," stated Dr. Matthias L. Wolfgruber, CEO of ALTANA AG, at the press conference on the 2012 financial statements. "This was possible because we have implemented our growth strategy consistently and acted flexibly."

ALTANA was able to realize operating sales growth of 1%, despite stagnating sales volumes, by shifting to higher-grade specialty products and through price increases. Acquisitions contributed 1% to the overall growth, positive exchange rate effects accounted for 3%.

Double-digit growth at ACTEGA through acquisition

The BYK Additives & Instruments division, the Group's division with the highest turnover, increased sales by nominally 6% to €618 million in 2012. Adjusted for positive exchange rate and acquisition effects, sales growth was 3%. As a result, BYK achieved the highest operating increase in sales within the ALTANA Group.

At €341 million, sales in the ECKART Effect Pigments division were 2% down on the previous year (4% operating decrease). Positive exchange rate effects could not fully offset the ongoing market slowdown. The ELANTAS Electrical Insulation division, however, was able to continue its growth trend, achieving an increase in sales of 6% to €413 million (2% operating growth).

The nominally highest sales increase in 2012 was achieved by the ACTEGA Coatings & Sealants division. At €334 million, sales were up 12% on the previous year (2% operating growth). This development was driven by the acquisition of the Colorchemie Group in mid-2011, which contributed to sales for a full business year for the first time in 2012.

Growth in the Americas and Asia

In 2012, Europe once again accounted for the largest share in sales. Due to decreasing demand, particularly in Southern Europe, however, operating sales were down by 2% on the previous year. At 10%, business in North and South America recorded the highest nominal growth rate (4% operating growth). Growth in Asia was not constant in 2012. Up to the middle of the year, growth rates, particularly in China, were at a low level. In the second half of the year, the region recorded double-digit sales increases. Overall, nominal and operating growth rates of the company's business in Asia were similar to those in the Americas.

6 percent of sales invested in research and development

At €90 million, capital expenditure on property, plant and equipment and intangible assets in 2012 were at a comparable level to the previous year. In particular due to the acquisition of the business for the production of wax additives in the U.S., the number of the Group's employees worldwide rose slightly to 5,363 people (previous year: 5,313).

According to ALTANA's expectations, there remains uncertainty as to the further economic development in 2013, particularly in Europe. Nevertheless, ALTANA anticipates overall increasing sales volumes for the current business year, which should lead to a sales growth in the lower single-digit percentage range. The Group expects its return on sales and capital to be about as high as in the previous year.

ALTANA has planned investments of more than €100 million for 2013. This is a considerable increase on 2012, due to a few large projects, including one project involving the expansion of production capacities at the BYK division's U.S. site in Wallingford. This will be the largest single investment the ALTANA Group has made outside Germany.

"We will maintain our goal of sustainable value creation in 2013. This is why we are making targeted investments into highly promising growth markets and the development of new innovative specialty chemicals products," said Wolfgruber.

ALTANA develops and produces high-quality, innovative products in the specialty chemicals business. The ALTANA Group, with headquarters in Wesel/Germany, is a genuine "global player" with about 85% of its sales generated by international activities. The ALTANA Group has four divisions: BYK Additives & Instruments, ECKART Effect Pigments, ELANTAS Electrical Insulation, and ACTEGA Coatings & Sealants. All of these divisions occupy a leading position in their target markets with respect to quality, product solution expertise, innovation and service.

ALTANA offers innovative, environmentally compatible solutions with the matching specialty products for coating manufacturers, paint and plastics processors, the printing and cosmetic industries, and the electrical and electronics industry. The product range includes additives, special coatings and adhesives, effect pigments, sealants and compounds, impregnating resins and varnishes, and testing and measuring instruments. At present, the ALTANA Group has 42 production facilities and more than 50 service and research laboratories worldwide. Throughout the Group about 5,360 people work to ensure the success of ALTANA worldwide. In 2012, ALTANA achieved sales of more than 1.7 billion euros. Its impressive earning power and high growth rate make ALTANA one of the most successful and innovative chemical groups worldwide.