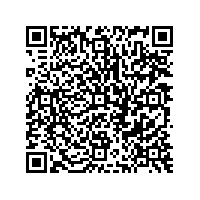 The specialty chemicals Group ALTANA concluded the 2016 fiscal year with an increase in sales and a leap in earnings. Sales rose by 1 percent to €2,075 million. Adjusted for acquisition and exchange rate effects, sales grew by 2 percent compared to the previous year. Earnings before interest, taxes, depreciation and amortization (EBITDA) rose by 16 percent to €453 million, thus significantly surpassing the previous year’s result (€391 million). At 21.8 percent, the EBITDA margin was also higher than the previous year’s figure (19.0 percent).

"2016 was a very good year for ALTANA. In a challenging market environment, we were able to increase our sales and earnings," said Martin Babilas, CEO of ALTANA AG. "We are well on track for further profitable growth."

BYK and ECKART as growth drivers

In 2016, the BYK Additives & Instruments and ECKART Effect Pigments divisions were the drivers of sales growth in the ALTANA Group. BYK boosted sales by 4 percent to €909 million. The rise in sales due to the acquisition of Addcomp Holland B. V. in mid-2016 compensated for minor negative exchange rate effects. Adjusted for these effects, the division’s operating sales growth was also 4 percent.

Sales in the ECKART division amounted to €62 million, with both nominal sales and sales adjusted for minor exchange rate effects up by 3 percent.

At €52 million, sales in the ELANTAS Electrical Insulation division were 2 percent lower than in the previous year. Adjusted for exchange rate effects, sales were on a par with the previous year’s level.

Sales in the ACTEGA Coatings & Sealants division decreased by 6 percent to €52 million on account of the sale of the ACTEGA Colorchemie group in the spring of 2016. Adjusted for this acquisition and minor currency effects, sales reached the previous year’s level.

With Europe accounting for 39 percent of total sales, Asia for 31 percent, and the Americas for 28 percent, the ALTANA Group’s sales distribution according to regions continues to be balanced. With nominal sales growth of 5 percent in 2016, ALTANA achieved the highest growth rate in Asia. Operating sales in this region rose by as much as 8 percent. In China, the region’s largest single market, nominal sales growth was 6 percent; operating sales were up by 11 percent. In the Americas, sales decreased, mainly due to weak demand from the oil and gas industry. Nominal and operating sales were down on the figures for the previous year by 3 and 4 percent, respectively. The U.S. posted sales decreases of 4 and 5 percent, respectively. However, the region remains the ALTANA Group’s largest single market. Nominal sales in Europe remained at the previous year’s level; operating sales increased by 2 percentage points.

Expansion of research and development activities

In the 2016 fiscal year, ALTANA continued to invest heavily in innovation. Research and development expenses amounted to €129 million, corresponding to 6 percent of sales – as in the previous years, a high share compared to the industry average. Examples of the targeted expansion of the company’s research and development activities are the doubling of laboratory capacities of ACTEGA Rhenania in Grevenbroich and the opening of ELANTAS’ cross-divisional Printed Electronics center in Hamburg. ALTANA’s investments in property, plant and equipment and intangible assets totaled €122 million (previous year: €86 million).

For the 2017 fiscal year, ALTANA expects the global economy to exhibit slightly stronger growth than in the previous year and overall increasing sales volumes. In this environment, ALTANA anticipates to achieve operating sales growth of 2 to 5 percent with slightly lower earnings profitability. While acquisitions are expected to contribute to sales, the company’s nominal sales growth may be influenced by exchange rate changes that are difficult to predict.

Headquartered in Wesel, Germany, the ALTANA Group has 48 production facilities and more than 50 service and research laboratories worldwide. Throughout the Group about 6,000 people work to ensure the worldwide success of ALTANA. In 2016, ALTANA achieved sales of more than 2 billion euros. About 6 percent of sales are invested in research and development every year. Its high earning power and high growth rate make ALTANA one of the most innovative, fastest growing, and profitable chemical companies in the world.