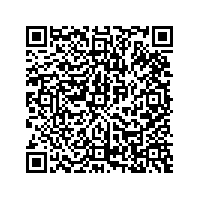 Owing to the worldwide slow-down of economic growth also AGO AG has been noticing the crisis of the automobile industry. That resulted in temporary delays and even order cancellations. However, AGO AG Energie + Anlagen is looking into the future positively due to incoming orders amounting to EUR 48 million. For the 2008 business year AGO AG Energie + Anlagen's Board of Directors is expecting the third quarter's positive trend to be continued also in the fourth quarter of 2008. EBIT in that case would considerably improve again compared to the 2008 ninemonths- report's value.

"The current number of incoming orders amounting to EUR 48 million is the highest value in company history so far. That even more emphasizes the positive future prospects of AGO Energie + Anlagen as a specialist in the growing market of renewable energies. Despite the financial crisis, we look ahead with positivity due to our broad range of products in terms of technology and our international orientation. As AGO AG Energie + Anlagen as an engineering company does not operate its own production lines for components it is possible to adapt to market fluctuations without it resulting in considerable revenue fluctuations. In future, we will even more participate in this growth market with the climate protection program "ECo-Plus" initiated by us. "ECo-Plus" currently is the only climate protection program which medium-sized companies that are not affected by emissions trading can trade emission allowances with when converting their fuel to biomass. We are continuously expanding our value chain, contribute enormously to environmental protection and enhance values for our shareholders", according to Hans Ulrich Gruber, CFO of AGO AG Energie + Anlagen.