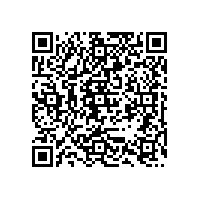 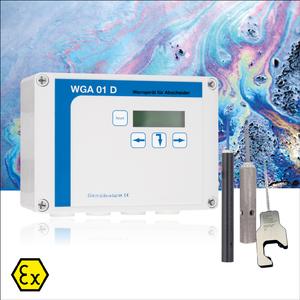 (PresseBox) ( Güglingen, 13-05-07 )
Oil, petrol and grease pose a great danger to groundwater and waste water. In order to achieve the maximum possible degree of safety, oil separators, petrol separators and grease separators affected by such poisonous substances can be equipped or retrofitted with an additional alarm unit to monitor for level, overfilling, layer thickness or sludge. Overfilling which often results from clogged outlets can be detected at an early stage. This helps prevent environmentally harmful substances from reaching the sewage system, and that at minimum cost.

The new AFRISO WGA 01 D alarm unit monitors the thickness of the layer of separated liquids in oil, petrol and grease separators and generates an alarm signal when it is time to drain the separator. In addition, it is possible to monitor the maximum permissible level in the separator to avoid overfilling caused, for example, by a clogged outlet. It is also possible to signal impermissible sand or sludge accumulations. WGA 01 D consists of a control unit with LC display and the capacitance probe WGA-ES4 to monitor the layer thickness of oil and grease. The PTC thermistor probe WGA-R6 for monitoring the maximum level (overflow alarm) and/or the ultrasonic probe WGA-ES8 for monitoring for impermissible sand or sludge layers at the bottom of the separator can also be connected. The control unit is equipped with 2 relay outputs, visual and audible alarms as well as Test and Acknowledge buttons. The WGA-ES4 probe is mounted at least 150 mm below the constant level of the separator. As soon as the oil, petrol or grease layer reaches the critical level, the device generates an alarm signal. By installing the optional WGA-R6 probe above the constant level, you can also monitor the maximum level. The control unit permanently monitors the probes for short circuits or line interruptions. The device automatically detects the connected probes during commissioning. WGA 01 D is supplied with AC 230 V and suitable for temperatures of the medium from -20 °C to +40 °C. The control unit WGA 01, the probe WGA-ES4 shipped with the device and the optional probes WGA-R6 and WGA-ES8 are approved for operation in hazardous areas/potentially explosive atmospheres.