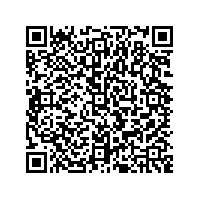 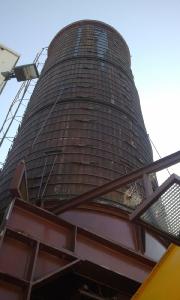 (PresseBox) ( Güglingen, 17-05-04 )
Pomace is the solid remains of grapes and other plants after pressing. Even though it is mainly associated with winemaking, pomace also remains when carrots, tomatoes or apples are pressed. Pomace is processed for a variety of purposes, for example, to produce brandy, fodder or fertiliser. In addition, pomace is used by biogas companies for renewable energy.

The weighing system in the pomace silo (height 20 m, capacity 80 t) of a fruit juice manufacturer exhibited increasing failure rates and kept delivering incorrect measurements as it was dated. As a result, often there was more pomace in the silo than expected so that a considerable portion of the pomace blown into the silo via a pipe landed on the roof. An AFRISO measuring system consisting of the guided micropulse level indicator PulsFox PMG 10 MF plus the digital display unit DA 14 turned out to be a reliable and professional solution for the fruit juice manufacturer. Without having made a major investment, the company can now exactly plan the supply and removal of pomace based on the precise tonnage indication. And remains on the roof are a thing of the past.

The series PulsFox PMG 10 guided micropulse measuring instruments have been designed to accurately measure the level of high-viscosity or low-viscosity, adhesive, conductive or isolating liquids or bulk solids, for example in storage or process containers, silos or tanks. Regardless of high or low tanks, disturbing installations, small distances or conductive foam on the medium to be measured - there is a suitable probe for virtually any application. The accuracy is neither influenced by turbulent, steaming or dusty surfaces nor impaired by changes in density, pressure or temperature. The measuring instruments feature an aluminium die cast housing and are suitable for rough ambient conditions. The instruments have no moving parts and operate with high reliability and precision.

The DA 14 digital display unit is used to display measured values and to evaluate and control signals from electronic transducers, in particular in level measurement applications. Bearing charts for all standard cylindrical, horizontal tanks and spherical tanks are pre-programmed. In addition to pre-programmed units, it is possible to set up custom display units (tonne t). The entire range of devices (DA 10, DA 12, DA 14) features rack mounting housings and can be supplied with 20–253 V DC/AC. Depending on the device version DA 12 or DA 14, the units feature up to 4 voltage-free relay outputs as limit switches (e.g. for pumps, valves, etc.) and 2 galvanically isolated analogue outputs.