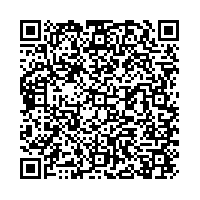 At the iENA Nuremberg, the International Trade Fair for Ideas, Inventions and New Products, innovations from around the world will be presented from 31 October to 3 November 2019. The official partner of this year's trade fair is Croatia 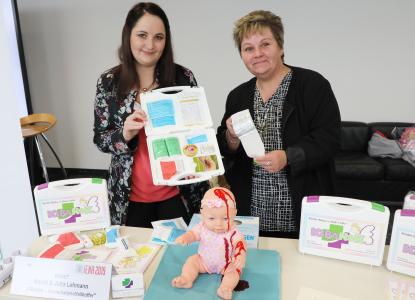 This year the Union of Croatian Innovators (UCI), under the highest auspices of Ministry of Economy, Entrepreneurship and Crafts of the Republic of Croatia and State intellectual property office of the Republic of Croatia, is partner of the iENA 2019. Both young people and freelance inventors come with the UCI to the iENA and present developments from various fields. Igor Dujmovic from the UCI is excited about the partnership: “Croatian innovators and entrepreneurs have recognised the importance of iENA since the 1970’s as an event that allows for visibility and affirmation for so-called “small” innovation environments or innovative individuals. iENA has always been, and has remained a desirable destination for all innovators over the world and especially for innovators from Croatia, not only as a prestigious fair of innovation, but also a meeting place for different world cultures, a chance to socialise, and for the exchange of ideas. Due to all of the above, the iENA dates are fixed in the calendar far in advance.”

Inventors’ associations and collectives from all around the world meet at the iENA in Nuremberg to present their innovations, to network and to make contact with partners and investors. Inventor collectives come for instance from Angola, Austria, China, Indonesia, Korea, Lebanon, Malaysia, Poland, Russia, Saudi Arabia, Thailand and Vietnam. Over 90 percent of the displayed inventions will be presented to the public for the first time at the iENA. They include both highly technological developments as well as practical inventions for everyday life. The trade fair is therefore of particular interest for entrepreneurs, investors and developers.

Child and youth inventors also make an important contribution to the iENA and present their innovations to a specialist international audience. Alongside the “Jugend forscht” winners, the VDI pilots of the future and other inventor competitions are school pupils and students from nations such as Germany, Austria, China, Croatia and Taiwan (China).

A festival for inventors, makers and founders of new businesses

The iENA takes place in the 3C exhibition hall of the Nuremberg Exhibition Centre in parallel with the Consumenta trade fair for public visitors, the attendees of which are invited on the fair weekend to also visit the iENA. This offers inventors the opportunity to present their innovations to potential customers and users and to receive some initial feedback before launching their products onto the market.

As a perfect complement to the trade fair, the moderated daily stage program with interesting lectures and topical discussions offers in-depth insights into the work and areas of work of inventors. The highlight of the iENA each year is the award of medals: all inventions are assessed by a specialist jury and the most promising ideas, inventions and new products are awarded the sought-after iENA medal.

The partnership with the technology festival “Hack & Make” will also be continued this year on the weekend of the 2nd and 3rd of November. The “Hack & Make” is aimed at technology enthusiasts, creative types and tinkerers – as well as the simply curious – who would like to make new contacts or learn the basics.

As of March 2019, the iENA International Trade Fair for Ideas, Inventions and New Products has a new project manager. Sandra Hübner, who previously worked as a project consultant for the iENA team, has taken over the project management. The former project manager, Henning Könicke, will from now on give his full attention to his responsibilities as Managing Director of AFAG Messen und Ausstellungen, the Nuremberg trade fair organiser. Lydia Zetl was the iENA project manager since 1969 and until recently coordinated the event’s technical supporting programme. In the future, she will remain on hand for the event as a consultant.

GrindTec 2020: The major meeting of the grinding technology industry starts on 10 November