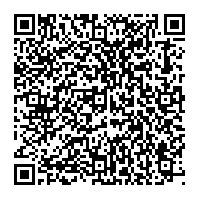 AEPOC increasingly alarmed about understanding of piracy in the EU

(PresseBox) ( Brussels, 09-07-20 )
.
- Jean Grenier: “Piracy is not a sport, it remains a theft. The election of the Pirate Party shows there is confusion among voters on this matter.”
- Time has come for the EU to deliver stronger protection for audio-visual content
- Operators of card sharing servers arrested in Greece and Cyprus
- AEPOC welcomes Pay-TV and broadband operator Multichoice Hellas as new Member

The entry of the “Pirate Party” in the European Parliament forces national governments and the EU to take up a stance over their position towards audio-visual piracy: During the recent board meeting of AEPOC, Europe’s flagship Anti-piracy association for the protection of encrypted works and services, AEPOC discussed the “Pirate Bay” sentence in Sweden and the election of the “Pirate Party” into the European Parliament. AEPOC views the “success” of the Pirate Party, which questions the concept of intellectual property and copyright, and calls for the general removal of patent protections, as a strong alarm signal. “This should act as a wake-up call for national governments and the European Commission to take a clear position on piracy matters“, said AEPOC’s President Jean Grenier.

The vote for the Pirate Party follows the closure of “The Pirate Bay” filesharing website by a Swedish court in April this year – an outcome that upset users and resulted in their sympathetic votes being cast on this single issue in the European elections.

During AEPOC’s Brussels meeting Pay-TV and broadband operator Multichoice Hellas was admitted to AEPOC membership. Multichoice Hellas offers pay-TV services under the Nova brand both in Greece and Cyprus and is part of the Forthnet Group, the leading alternative telecom operator in Greece. The representatives of Multichoice Hellas reported a number of successful blows against piracy in the countries, namely in the area of newer forms of piracy such as the illegal distribution of content via card-sharing servers. As an EU member, Greece implemented the European CA-Directive against audio-visual piracy in 2003, prosecuting offenders with imprisonment of up to 12 years maximum. AEPOC and Multichoice Hellas advocate the adoption of this law also in Cyprus – and elsewhere in the EU where the Directive has not yet been transposed into national law. In this regard AEPOC cultivates the dialogue with national governments and members of the European Parliament, as well as different EU working groups in Brussels to provide business, technical and legal insight into cyber crime issues, especially in the Pay-TV sector.

AEPOC President Jean Grenier summarized the association’s position: “Piracy is not a sport, it remains a theft. The election of the Pirate Party shows there is confusion among voters on this matter. The creative industry and political decision makers should draw a very clear line against cyber crime, as our society and economy relies increasingly on internet-based or other digital services. The internet must not be a lawless territory that excuses or condones crime, be it theft, counterfeiting or child abuse.” Grenier continued: “This is particularly relevant with regard to the younger members of our society who are susceptible to the message of the Pirate Party, a message which appears romantic, yet is criminal at its core.”

The next AEPOC meeting is planned for October 2009.

AEPOC (www.aepoc.org) is the "Association Européenne pour la Protection des Œuvres et Services Cryptés" or the "European Association for the Protection of Encrypted Works and Services". AEPOC started its activities in 1995. Its current membership consists of 31 leading digital television and telecommunication companies including TV channels, conditional access providers, providers of transmission infrastructures and manufacturers of related hardware. AEPOC's goal is to eliminate the pirating of encrypted works and services and to encourage the development of the appropriate legal, operational and technological frameworks to increase the security and safeguarding of conditional access systems for Pay-TV, TV-based and IP services.