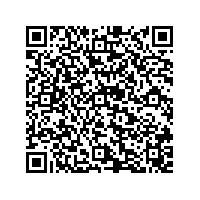 Subscribe to news
(PresseBox) ( Horsham, PA, 13-03-22 )
EMS provider BTW Inc has recently purchased an entire suite of Aegis MOS software modules to support their continued expansion into demanding military and medical market areas. This investment was to provide speed to revenue, mistake-free manufacturing processes and accelerated reporting capabilities for use by both BTW's management and customers. An initial market assessment of software functionality led to BTW choosing iLaunch for its ease of use and full factory support; this extended to a full MOS purchase as further reviews highlighted how well Aegis was accepted within BTW's marketplace.

BTW's success within their markets called for a level of control and reporting significantly higher than that available from their existing paper-based system of tracking, quality data collection and traceability. Newer, more sophisticated products were imposing increased manufacturing complexity with more process steps. This generated more intricate paperwork which still had to be constantly maintained and still had to track the products through manufacturing. Also, with increased chemical cleaning during production, fading of marker stamps on subassemblies was becoming an issue, so an electronic record of the process transactions was desired.

Aegis' iLaunch module solves these problems by replacing the paper-based system with an efficient, accurate paperless environment that allowed them to continue their lean manufacturing philosophy. BTW has further enhanced their iLaunch implementation with Aegis' BOM Integration software add-on, which is allowing them to standardize their capture of the widely varying manufacturing document standards they receive as contract manufacturers. This simplification and reduction of repetition has meant that, with trained operators, an NPI can be reduced from 3 - 5 days to just a number of hours, depending on the data format supplied by BTW's customers.

The iLaunch paperless environment comprises operator documentation including visual, interactive assembly instructions to support cable and box-level build as well as PCB assembly. It also allows BTW to enter programming data for their Juki placement machines, CR-Tech AOI equipment and MPM screen printers. iView delivers the iLaunch documentation under revision control to operator terminals across the manufacturing area, allowing operators to view and drill down into the documents they need using a web browser interface.

BTW's iLaunch and iView introduction will be followed by the other modules from their Aegis MOS suite. iTrac can track WIP across their entire production floor in real time, revealing the location of all works orders and units in production. It also allows tracking and validation of routes and processes. The iQ module allows non-conformance and defect data to be collected digitally from operator entry or from the AOI equipment. This is used to generate immediate alarms, allowing problems to be rectified as fast as possible.

iMaterials applies MOS's plantwide philosophy to shop-floor materials control and verification. BTW uses this for process validation at select critical process points. Future plans for iMaterials even include support for operators, providing reminders when they need to update their training program. The MOS Fusion Analytics module is of critical importance to BTW for use in preparing reports formatted to customers' demands. The historical reporting, ad-hoc reporting and availability of real-time intelligent data are also vital components of BTW's own supervisory, management and process improvement strategy.

The Aegis MOS suite of modules provides the level of reporting and control that BTW sought - and it does this seamlessly across BTW's entire 50,000 sq ft manufacturing operation, thanks to the modules' shared SQL database. Aegis MOS is becoming well integrated into the operation, with xTend interfacing to Juki placement equipment, CR Technologies AOI hardware and an MPM screen printer. BTW's Infor Visual Manufacturing ERP software also exchanges BOM data with MOS and other types of data exchange are planned for the future.

"This is a major project, with deep and long term implications for BTW, its operation and its culture. Clearly, choosing the right manufacturing software partner was a crucial decision." commented Paul Skehan, BTW's Director of Operations."From the outset, Aegis was an obvious choice, due to the strength of their market presence as well as the nature of their products. However, other benefits soon became apparent. Aegis' floating licensing scheme is particularly useful in managing and indeed minimizing our costs. Each license is assigned to an operator rather than a terminal, making it always productive, and we can move our staff around our large complement of terminals without licensing issues. "

"We also appreciate Aegis' software design philosophy. Each module is clearly focused on its declared function, without attempts to engineer it into multiple and perhaps conflicting roles. As a result, every module works efficiently, straight out of the box. We wanted to embrace the best next generation software available to take forward our manufacturing operation as a flexible, industry-leading service to our customers - and we wanted to do so without being guinea pigs, or subject to a year's delay in implementation. With Aegis MOS, we have achieved these objectives."

Founded in 1997, Aegis Software is headquartered in a state-of-the-art development and training facility in Philadelphia PA. Aegis has international sales and support offices in Germany, UK, China, Singapore, and Japan, and is partnered with 36 manufacturing equipment suppliers. With a global customer base of over 1200 factories across the electronics, medical, automotive, military and aerospace industries, Aegis delivers a unique level of capability, value, and time-to-value for its manufacturing customers. Learn more by visiting www.aiscorp.com.
For more information on BTWInc please see www.btw-inc.com.