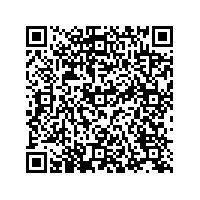 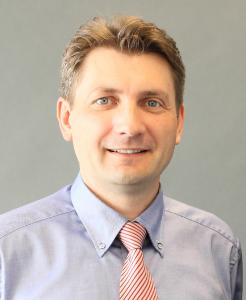 (PresseBox) ( Germering, 20-04-21 )
Handsfree Group has been selected as one of the two Framework Supplier to provide Fixed Vehicle Devices (FVD) and Associated Accessories to the UK Emergency Services Network (ESN) and the other UK User Operator (UO) emergency communities. Handsfree Group were selected by the British Home Office for the conversion of ESN emergency vehicles to the new 4G LTE mobile radio standard. As a Key Supplier of Handsfree Group, Advantech Service-IoT will develop the central control unit including display solutions.

In 2018, the British Home Office invited tenders for a cross-departmental and interdepartmental project with the aim of replacing the technically limited emergency services mobile communications programme (ESMCP) with a modern, state-of-the-art system. In order to improve and secure the quality of communication between the participants in the British Emergency Service Network (ESN), the voice and data services in particular were to be optimized.

An important part of the project assignment is to equip the vehicles used in the blue light sector with permanently installed equipment for operating emergency networks. Around 40,000 emergency vehicles, which are used by police officers, firefighters, paramedics and other Emergency First Responders, mainly on the roads, are all to be converted to the third-generation (LTE) mobile communications standard within the near future. The ambitious goal of the government project is to re-equip the vehicles in question during the ‘Call off’ Contract of up to 7 years, taking ESN communications in the country to a new level.

Finally, in October 2019, the British Home Office announced that the British based Handsfree Group had been selected as one of two framework suppliers to equip the ESN emergency vehicles. As a key supplier of Handsfree Group, an integral part of the offer: the services of Advantech Service-IoT. As a sub-supplier, the company based in Germering, Upper Bavaria, will be responsible for developing and supplying the central computing solution.

For Advantech, the ESN solution designed by Handsfree Group is associated with a number of special requirements. For example, the corresponding box offers the connection of two displays.

In addition, the device units provide Android 10 including GMS as the operating system; AirWatch is used for mobile device management. In addition, the application of the latest LTE and WiFi technology is geared towards a permanent connection to the central control centre, thus providing communication "in real time".

Lars Böddeker, Director Transport & Logistics Alliances Advantech Service-IoT: "Our two 5.7 and 7 inch capacitive displays form the surface on which all essential information is made available to the emergency services. All peripheral devices required for emergencies, such as loudspeakers, telephones, handsets or blue light signals, can be connected to our control unit and operated via it. “

Another strong plus for ESN applications, says Matthew Johnson, CEO and founder of Handsfree Group, is the industrial quality of Advantech solutions. “Especially in their area of application, emergency services must be able to rely on the robustness and functionality of their hardware and software units. Advantech solutions are known for their high resistance to shock and vibration, but also to negative environmental factors such as dirt and temperature fluctuations. Therefore, we are very glad to be partnering with Advantech and have them by our side!”

Böddeker: "For me, an order of this size, combined with this high reputation, not only marks a corporate milestone: it is also a special recognition of the achievements of our employees in the company. In addition, solutions that we develop for ESN applications always have a special meaning for me, because their use may help to save lives. “

As a global player in intelligent IoT systems and embedded platforms, Advantech Service-IoT GmbH is part of Advantech Co., Ltd., founded in 1983 in Taiwan.

Within the support, sales and marketing network, more than 8,600 Advantech employees worldwide are committed to rapid time-to-market services.

The trade name Advantech-DLoG, which was introduced in 2010, will continue to exist as a product brand after the name change. The brand name originated from the former DLoG GmbH, has now been renamed Advantech Service-IoT GmbH and has been fully integrated into the Advantech Group.

About Advantech
Advantech’s corporate vision is to enable an intelligent planet. The company is a global leader in the fields of IoT intelligent systems and embedded platforms. To embrace the trends of IoT, big data, and artificial intelligence, Advantech promotes IoT hardware and software solutions with the Edge Intelligence WISE-PaaS core to assist business partners and clients in connecting their industrial chains. Advantech is also working with business partners to co-create business ecosystems that accelerate the goal of industrial intelligence. (www.advantech.com)