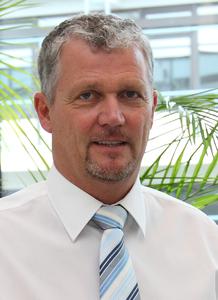 (PresseBox) ( Germering, 13-10-28 )
Manfred Lachauer has worked successfully for DLoG GmbH (now Advantech-DLoG) since 1987 – indeed, under his leadership, the company became the market leader in Germany. Since September 9, 2013, he has been responsible as Executive Director for the expansion of Advantech-DLoG in the global digital logistics sector as well as for the worldwide marketing of DLoG products within the Advantech Group.

DLoG products and technologies are highly complex and custom-tailored to the market and the requirements of the user. “In order to be able to market our consulting-intensive products via the globally distributed regional business units (RBUs) of our parent company, Advantech, we not only have to coordinate with our development department as well as production and key accounts; long project times also have to be taken into consideration. First and foremost, however, is the great amount of technical knowledge required in order to understand the customer’s requirements and then be able to implement them. In terms of content and the type of collaboration, this is uncharted territory for our RBUs. Expanding and supporting this sales network for our portfolio is a challenge that I welcome,” explained Lachauer.

Manfred Lachauer is an electrical engineer; from 1984 to 1987 he gained experience as a sales manager, production manager, and a service/support manager at EBOS in Munich-Planegg. He has been with DLoG since 1987. At DLoG, he was entrusted with the following development tasks as sales manager:
- Develop sales in Bavaria, 1987-1989
- Develop sales in England, France, Italy, Switzerland, 1989-1990
- Develop sales worldwide since 1990

In 2010 Lachauer was promoted to Vice President Sales. During this period, he established the Fleet Management division, a fourth division added to the existing Intralogistics, Heavy Duty, and Automation divisions. In 2012, Lachauer was named Vice President