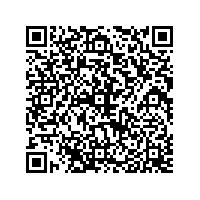 Subscribe to news
(PresseBox) ( Teufen AR, Switzerland, 12-07-31 )
In early July 2012 AdoptSMT Swiss AG was founded as a wholly-owned subsidiary of AdoptSMT Europe GmbH. The Swiss market had already been supported by AdoptSMT Europe GmbH and plays a key role in the sector of pre-owned placement machines for automated assembly of PCBs. The AdoptSMT Group has always been happy to purchase pre-owned machines from its Swiss customers, knowing that they receive well maintained machines and equipment.

The step towards founding an own Swiss subsidiary has been strongly supported by AdoptSMT's second market segment, which has been steadily growing over the last two years with the continuous business of consumables, spare parts and tools. These typically smaller but recurring dealings will highly benefit from delivery to the end customer without any customs clearing. The new Swiss subsidiary will do exactly that. The more direct support of the Swiss market will also be enjoyed by our new suppliers Count On Tools (nozzles for LEDs, connectors and standard SMD parts) and Nortec (ID solutions, especially high temperature labels), which we have added to our range of suppliers this year.

The management of AdoptSMT Swiss AG will be initially handled by Erhard Hofmann, founder and managing partner of the AdoptSMT Group. Commenting on the company foundation he explained: "Due to our new suppliers Count On Tools and Nortec, as well as an additional supplier to be announced soon, the Swiss market has reached the critical mass, which justifies the foundation of the Swiss subsidiary. Due to the direct support of our Swiss customers from within Swiss territory, we expect a significant sales increase in Switzerland, especially in the area of spare parts, consumables and tools."

AdoptSMT will be recruiting additional sales staff who have mastered the required language skills for this important high-tech market.

Founded in 1991 by Erhard Hofmann in Salzburg, Austria as a software company, AdoptSMT instantly gained a reputation as an excellent source for second hand SMT equipment when they moved the focus of their business to this sector in 1994. Since then the AdoptSMT Group has proved to be one of the fastest growing enterprises for pre owned SMT equipment and has added sales of consumables, spare parts and tools to their competences. Today they include the HQ in Austria with more than 6500 m²; AdoptSMT Germany GmbH with 2000 m² specialising in Siplace overhaul and service; AdoptSMT Polska Spółka z.o.o. with a small Siplace service facility; AdoptSMT UK Ltd with facilities in Redhill, Surrey, and Auchinleck, Scotland and AdoptSMT Romania S.R.L with a sales office. For more information and an overview of the large range of equipment on offer, please see www.AdoptSMT.com.