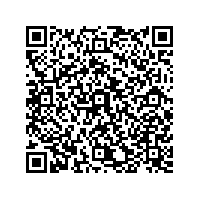 The Company cited weakness in its creative and knowledge worker businesses as the primary reason for the revenue shortfall. Seasonal strength in Japan, as well as continued success with its LiveCycle enterprise business, helped to offset some of the weakness in the quarter.

"Despite worsening market conditions, we were able to manage expenses to deliver earnings and margin results within the target ranges we provided at the outset of the quarter," said Shantanu Narayen, president and chief executive officer.

The Company will discuss its quarterly results and financial targets on its Q1 fiscal year 2009 earnings conference call that is scheduled for March 17, 2009.

This press release contains forward-looking statements, including those related to revenue, earnings per share and operating margin, which involve risks and uncertainties that could cause actual results to differ materially. Factors that might cause or contribute to such differences include, but are not limited to: adverse changes in general economic or political conditions in any of the major countries in which Adobe does business, failure to develop, market and distribute new products or upgrades to existing products that meet customer requirements, introduction of new products and business models by existing and new competitors, failure to successfully manage transitions to new business models and markets, difficulty in predicting revenue from new businesses, costs related to intellectual property acquisitions, disputes and litigation, inability to protect Adobe's intellectual property from third-party infringers, use, disclosure or malicious attack, failure to realize the anticipated benefits of past or future acquisitions and difficulty in integrating such acquisitions, failure to manage Adobe's sales and distribution channels effectively, disruption of Adobe's business due to catastrophic events, risks associated with international operations, fluctuations in foreign currency exchange rates, changes in, or interpretations of, accounting principles, impairment of Adobe's goodwill or intangible assets, unanticipated changes in, or interpretations of, tax rules and regulations, Adobe's inability to attract and retain key personnel, impairment of Adobe's investment portfolio due to deterioration of the capital markets, market risks associated with Adobe's equity investments, and interruptions or terminations in Adobe's relationships with turnkey assemblers. For further discussion of these and other risks and uncertainties, individuals should refer to Adobe's SEC filings.

The financial information set forth in this press release reflects estimates based on information available at this time. These amounts could differ from actual reported amounts stated in Adobe's first quarter fiscal year 2009 earnings report on March 17, 2009, and in our Quarterly Report on Form 10-Q for our quarter ended Feb. 27, 2009, which the Company expects to file in April 2009. Adobe does not undertake an obligation to update forward-looking statements.