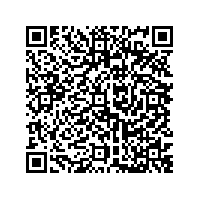 Process-reliable cleaning and deburring with snow 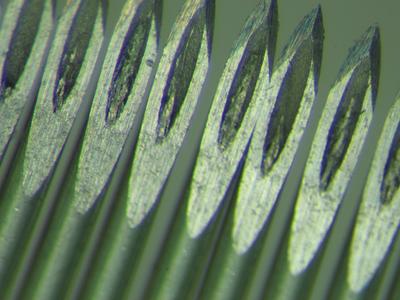 (PresseBox) ( Wiernsheim, 10-10-25 )
Whether it’s cannulas, surgical saws, scalpels or tooth implants – the biocompatibility of such products is decisively dependent upon the ability to clean them residue-free and remove any burrs. Both work steps can be carried out simultaneously using the special CO2 snow jet technology developed by the acp GmbH. The process can be integrated inline, is reproducible, reliable, dry, environmentally friendly and fulfils the highest cleanliness requirements.

Carbon dioxide – essentially ill-reputed as a greenhouse gas, can not only be used in numerous applications to clean substrates in the field of medical technology, it is also environmentally friendly and easy on resources. This is because the carbon dioxide needed for the CO2 snow jet cleaning technique developed by acp – advanced clean production GmbH is generated as a by-product during manufacturing processes in the chemical industry and is therefore carbon-neutral. One application is the simultaneous cleaning and deburring of cannulas, tooth implant sockets and surgical saws. The process is capable of removing burrs in the µm-range effectively and reliably.

Convincing cleaning and deburring efficiency
The snow jet technology developed by the Esslingen-based company uses liquid carbon dioxide as a blasting medium. As a result, as opposed to dry-ice processes, there is no need to manufacture and store dry ice pellets separately. The liquid carbon dioxide is fed through a supersonic two-component nozzle which is the system‘s cleaning head. On exiting the nozzle, the CO2 expands to form a mixture of snow and gas which makes up the core jet. Compressed air is added as a jacketed jet to accelerate the CO2 snow crystals to supersonic speed. This is what makes acp’s cleaning process so effective: on impacting on the surface to be cleaned, the snow crystals liquefy and then sublimate. The resulting sublimation impulse detaches contamination and carries it away. In its liquid state, carbon dioxide also acts as a solvent, thus removing organic contamination such as grease, oil and polishing compounds. The combination of mechanical, thermal and chemical properties enables the non-toxic, non-combustible CO2 snow to remove solid and filmy contamination in a dry and residue-free process. The low degree of hardness of the tiny snow crystals means that finely-structured, sensitive surfaces can be cleaned without any problem.
The deburring action is partially due to the mechanical effect triggered by the direct impact of the snow crystals on the surface and partially to the turbulent airflow created at the deburring site, which subjects the burr to variations in bending stress and causes it to break off.

Process-reliable, efficient and fast
As these actions take place within a fraction of a second, substrates can be cleaned and deburred very quickly while still producing reproducible results. The carbon dioxide turns completely to gas during cleaning and substrates dry immediately, so there is no need to carry out the energy-intensive drying processes required with conventional wet-chemical processes. The CO2 snow jet technology also does away with a risk associated with very narrow process windows, such as those occurring in conventional processes, e.g. electro-polishing: if the treatment is too short, micro-burrs are not reliably removed. If cannulas are kept in a bath too long, the tips become blunt. Further advantages of the process include the facts that no chemicals are required, no waste water is generated and there are no solvents which need to be disposed of.

Easy to automate
Various devices are supplied by acp for CO2 snow jet cleaning. Complete systems and modules can be easily integrated into fully-automated production lines, or used as stand-alone solutions. Depending on the task at hand, systems made for cleanroom usage are fitted with a local cleanroom system (MENV) and specially-adapted, patented suction equipment. www.acp-micron.com.

We would be happy to receive a specimen copy or publication link.
Thank you very much.