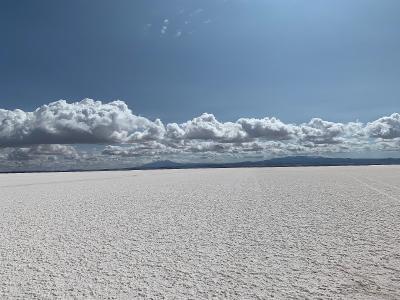 (PresseBox) ( Zimmern o. R, 21-01-28 )
Approval by the European Commission marked the start of the second major European battery cell production project at the end of January 2021. In the Important Project of Common European Interest (IPCEI) “European Batteries Innovation - EuBatIn”, ACI Systems will be working on a sub-project to achieve a reliable, independent supply of lithium raw materials that are produced in a sustainable and water-neutral manner at competitive costs. Another, smaller sub-project of the company is concerned with the development of an environmentally friendly, dry, and selectively applicable cleaning technology for use in the manufacture of battery systems.

The goal of the two major European battery production projects is to establish a closed value chain in Europe: from processing raw materials to manufacturing and recycling battery cells. They are being implemented as so-called “Important Projects of Common European Interest” (IPCEI). The focus of the second large-scale project “European Batteries Innovation - EuBatIn”, which is coordinated by the German Federal Ministry of Economic Affairs and Energy (BMWi), is on developing of innovative, competitive and sustainable battery cells. The project was approved by the European Commission at the end of January 2021. This will enable 42 companies from 12 member states to begin research and development work on their subject areas. Among them is ACI Systems GmbH. Based in Zimmern ob Rottweil in southern Germany, the company is working on two six-year sub-projects with its contract partners K-UTEC AG, the Fraunhofer Institute for Solar Energy Systems ISE, and acp systems AG, as well as in cooperation with IPCEI partners from various countries.

The focus of the first work package is on a new technology to produce lithium hydroxide in a sustainable manner directly from brines at competitive costs. To this end, ACI Systems is developing a new production technology together with its contract partners and other IPCEI project partners such as BASF SE, Cellforce Group, Floursid Alkeemia, Northvolt AB and Varta Micro Innovation GmbH. This will eliminate current lithium production problems, such as the extremely high dependency on lithium carbonate as a product, which increases the CO2 footprint. The innovative process for producing lithium hydroxide directly is expected to save around 650 t/a of CO2 emissions compared to the method used today. The process and systems technologies to be developed and certified will be specially adapted in terms of environmental compatibility and sustainability to the particular requirements at the sites intended for extraction and industrialization in the countries suitable for this purpose - preferably South America. Furthermore, at least 30 percent of the plant's electrical energy requirements and 10 percent of its process heat requirements for mass production will be covered by renewable energies. This will reduce CO2 emissions by more than 50,000 t/a.

Another focus of the new process technology is on water consumption. In the areas suitable for lithium extraction, for example the high plateaus of the Andes in Bolivia, Argentina and Chile, water is scarce almost everywhere. This makes the consumption of 10 to 15 tons of groundwater per ton of lithium or even more in a conventional lithium carbonate production process a huge problem. The newly developed process will do away with this water consumption completely. In fact, clean water could even be generated as a by-product.

To ensure the reliable, independent and supply of lithium at competitive costs for the European battery industry, ACI Systems will contribute the developed technologies to joint ventures with South American partners, thus gaining direct access to lithium reserves in salt lakes. With this is mind, the company has developed a trendsetting, sustainable, and socially responsible cooperation model, which also includes the industrialization of lithium in the partner country. Negotiations with potential partners in South America are already underway. After a successful ramp-up, ACI Systems will be able to supply approximately 30,000 to 35,000 metric tons of sustainably, socially, and environmentally produced lithium hydroxide annually.

More efficient, safer, and cheaper thanks to effective cleaning

The second subject area the contract partner acp systems AG is working on with the IPCEI project partners Manz AG, AVL, Rimac and ElringKlinger AG focuses on the development of a sustainable cleaning solution specially designed for use in battery system production. The cleaning medium used is climate-neutral CO2, which is created as a by-product from chemical processes and also from the generation of energy from biomass. The goal is to increase yield by minimizing waste and to cut cleaning costs by up to 40 percent with a dry, selective, automated cleaning process. At the same time, targeted cleaning will make the operation of battery systems safer.

As an innovator and technology developer within the ACI group, ACI systems GmbH focuses on identifying and evaluating applications and industries in the future fields of energy, mobility, raw materials, and production. In these areas, the company based in Zimmern ob Rottweil specializes in developing trend-setting projects and solutions that are characterized by sustainability and efficiency. The range of services offered by the company include the assumption of responsibility for project development and technology management. The concepts elaborated are implemented and marketed by ACI systems, or by other companies or spin-offs of the ACI group, in the form of products and services. Among the companies that rely on the expertise and capabilities of the ACI group are renowned automotive and battery manufacturers and their suppliers, as well as leading research institutes.