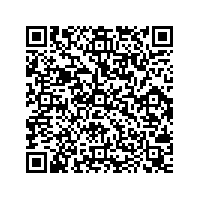 (PresseBox) ( St. Georgen / Germany, 09-06-26 )
Valuable cost reducing potential can be taken advantage of with the new ecoSplit IXL from ACI-ecotec where pre-cleaned solar wafers need to be separated inline for final cleaning. The innovative inline separating system is extremely efficient with an output capacity of at least 3000 wafers per hour, and the especially gentle, patented separation technology makes it possible to reduce breakage rates to a low as 0.1% as well.

Decreasing the number of manual work steps, which are inevitably associated with a high risk of breakage, makes it possible for manufacturers of solar wafers to achieve cost and quality advantages which are decisive for their competitive edge. This involves automated separation and feeding of sawn and pre-cleaned solar wafers to final cleaning as well. With its ecoSplit IXL, ACI-ecotec GmbH & Co. KG, located in St. Georgen in Germany’s Black Forest, offers an inline separating system to this end, which is distinguished by extremely high-speed processing, especially gentle wafer handling and outstanding reliability. This new development is based on the time tested ecoSplit C carrier-splitter – the world’s first fully automated wafer separator. More than 20 ACI-ecotec systems are already in use in Europe, Asia and the USA including, amongst others, applications at a large German wafer manufacturer in Thüringen and at LDK in China. The ecoSplit is suitable for separating mono- and polycrystalline wafers in all common formats with thicknesses of up to 120 µm.

At Least 3000 Wafers per Hour in Continuous Operation
The system is equipped with two loading stations, onto which the sawn wafers are placed in stacks of up to 250 pieces after pre-cleaning and manual inspection. Thanks to this feeding solution, the ecoSplit IXL is the world’s only separating system which can be loaded while running, and thus assures continuous operation without any interruptions at all. Coding can be entered for each stack of wafers by means of a scanning system, or with the help of a master MES (manufacturing executive system). Two-lane belt conveyors are used to transport the solar wafers.
Separation is accomplished through the use of internationally patented technology developed by ACI-ecotec. The bottommost wafer is removed from the stack by a special roller system. This is done so gently that it’s been possible to verify the lack of any traces left on the sensitive solar wafers. In addition to this, the technology assures that only one wafer is removed from the stack at a time, and that separation is absolutely reliable. Thanks to its separation technology, which is just as unique as it is “simple”, the ecoSplit is capable of processing at least 3000 wafers per hour.
After separation, the wafers are fed to individually adapted transport units for cleaning. Five to eight of these units can be taken advantage of, depending upon the type of utilised cleaning system. This type of output flexibility makes it possible to combine the ecoSplit with any common cleaning system around the world. The wafers are prevented from drying out during the separation process by means of continuous moistening.
The entire separation process – from insertion of the wafers right on up to transfer to the cleaning process – is monitored and controlled by sensors, and visualised at a monitor screen. On the one hand, this type of continuous control ensures that no breakage occurs in the event that a wafer is not correctly transported. On the other hand, it assures the traceability of each individual wafer during processing. Connection to a master MES can also be implemented in a trouble-free fashion.

Minimising the Breakage Rate to as Low as 0.1%
A further advantage of the separation technology offered by ACI-ecotec is the fact that, as opposed to conventional separating solutions, no elaborate gripping or handling systems are required which often result in increased breakage rates. Thanks to very gentle handling of the wafers throughout the entire process, breakage rates can be reduced to as low as 0.1% depending upon sawing quality. In combination with high output capacity, the minimised breakage rate results in return on investment within two to six months.

Robust Plug&Play Design with Minimal Footprint
Despite its tremendous performance, the stainless steel ecoSplit occupies very little production floor space with a footprint of only 350 x 130 cm (L x W without outlet belt). All of the moisture sensitive units are enclosed in reliably sealed housings, and the control cabinet has been integrated into the robust design as well. The layout allows for quick connection to the cleaning system, as well as initial start-up in practically no time at all. For further information please contact: ACI-ecotec GmbH & Co. KG, Bahnhofstrasse 10, 78112 St. Georgen, Germany, phone +49 (0)7724 934-0,
www.aci-ecotec.com


We would be grateful to receive a copy of all publications featuring content from this release. Thank you.

About ACI-ecotec
ACI-ecotec GmbH & Co. KG was founded in 2004 in St. Georgen, Germany, following the strategic acquisition and restructuring of ecotec GmbH by the ACI Group. The company is a global provider of innovative manufacturing equipment to the photovoltaic sector and automotive industry.
ACI-ecotec is a world leader in the photovoltaic sector thanks to state-of-the-art solutions such as ecoContact, the fully automatic contacting system for manufacturing thin-film modules, the wafer-separator system ecoSplit, and ecoCarrier – a carrier system for silicone cells and wafers. In addition, ACI-ecotec develops turnkey solutions in collaboration with partners.
For the automotive industry, ACI-ecotec mainly develops customer-specific automation solutions for diverse applications. In addition, OEM products such as the highly flexible transfer system ecoTrans and the (un)loading module ecoLoad are specially developed and marketed for the fully automatic handling of small parts that roll or move easily, individually or in bulk.
ACI-ecotec is a member of the ACI Group. This network of companies also includes acp – advanced clean production GmbH in Esslingen, producer of CO2 snow jet cleaning systems, micro dispensers and measuring solutions; Stuttgart-based acp IT AG, whose core competencies lie in IT solutions for production and planning; boraident GmbH in Halle that focuses on laser marking on glass products, micro structures in glass using laser technology, and glass sensors for plausibility assessments; and AFT-Automation & Feinwerktechnik GmbH in Ölbronn-Dürrn that produces the assembly and handling systems for micro assembly.