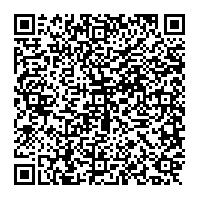 (PresseBox) ( Mannheim, 08-10-28 )
The global financial market crisis has significantly affected merger and acquisition (M&A) activities on a worldwide basis in the third quarter 2008. The ZEW-ZEPHYR M&A-Index fell to 113 points in September 2008. This is the lowest level in more than four years (see figure at the end of the press release). Although the Index is still above its launch-level in January 2000, it was for the second month in a row clearly below its long-time mean of 125 points.

Due to the credit crisis banks are reluctant to grant loans for funding mergers and acquisitions, which is the main reason for the slowdown on the M&A-market. Furthermore the global stock prices are still falling dramatically, lowering the popularity of stocks as a basic acquisition currency. However, the current situation is favourable for buyers willing to take risks as they can cheaply acquire target firms with a currently low valuation level. Despite this the M&A-market faces further decline in the coming months, especially as the sector lost important market participants with the breakdown of formerly important investment banks.

The ZEW-ZEPHYR M&A-Index, which the Centre for European Economic Research (ZEW) and Bureau van Dijk Electronic Publishing (BvDEP) calculate every month, tracks the development of mergers and acquisitions transactions concluded worldwide from the start of the year 2000 onwards. The ZEW-ZEPHYR-M&A Index is calculated on the basis of both the number and the volume of mergers and acquisitions concluded worldwide, as recorded in BvDEP's ZEPHYR Database. The index uses the monthly rates of change of both the volume and value of M&A transactions, combined and adjusted for volatility and inflation. As a result, the index offers a much more precise picture of the level of M&A activity in the world than can be attained by observing transaction values alone. The reason for this is that a firm's value on the stock exchange has a strong influence on the transaction value, particularly as many acquisitions are paid for by means of an exchange of shares. The consequence of this is that the share price could have a disproportionately strong influence on estimations of the trends in M&A transactions. If, however, the total value is spread over a larger volume of transactions within the month, this increases the value of the M&A-Index, although the aggregate transaction value remains unchanged.

The ZEW works in the field of user-related empirical economic research. In this context it particularly distinguished itself nationally and internationally by analysing internationally comparative issues in the European context and by compiling scientifically important data bases. The ZEW's duty is to carry out economic research, economic counselling and knowledge transfer. The ZEW was founded in 1990. At present, 160 employees work at the ZEW, of which about two thirds are scientifically active.