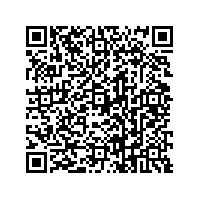 (PresseBox) ( Mannheim, 13-04-18 )
In April 2013 economic expectations for Central and Eastern Europe including Turkey (CEE) have decreased for the first time after four consecutive increases. The ZEWErste Group Bank Economic Sentiment Indicator for Central and Eastern Europe has fallen by 20.4 points. At a level of 29.5 points, it still clearly remains in the positive range. The slowdown of economic sentiment might well reflect rising uncertainty regarding the future development of the eurozone's debt crisis, among others in Cyprus. A downturn in economic expectations is being observed in almost all countries of the CEE region. Only Hungary's economic expectations have increased by 11.6 points to a level of 22.8 points. The respective indicator of economic sentiment for the eurozone has decreased by 25.1 points.

The ZEW-Erste Group Bank Economic Sentiment Indicator for Central and Eastern Europe reflects the financial market experts' expectations on the CEE region on a sixmonth time horizon. The indicator has been compiled monthly together with further financial market data by the Centre for European Economic Research (ZEW) in Mannheim with support of Erste Group Bank, Vienna, since 2007.

Experts' assessment of the current economic situation for the CEE region has also worsened in April 2013. The respective indicator has decreased by 11.3 points to a level of 6.0 points.

The Financial Market Survey CEE is a survey carried out among financial market experts by the Centre for European Economic Research in Mannheim (ZEW) and Erste Group Bank AG, Vienna. The target of this survey is to develop indicators describing the economic conditions in Central and Eastern Europe (CEE) as well as in Austria.

The financial experts are questioned on their evaluations of the current business situation, the medium-term prospects of the respective economies and their expectations as to the development of the inflation rate, the short- and long-term interest rates, the exchange rates and stock prices on a six-month time horizon. The analysts' assessments reflect the qualitative direction of the estimated changes. The monthly 'Financial Market Report CEE' contains the results for every Central and Eastern European country in detail.