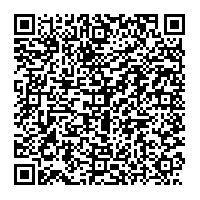 (PresseBox) ( Mannheim, 09-07-17 )
After the upward trend of the business forecast for the CEE region in the previous six months, the financial experts have adjusted their expectations downwards in July. The CEE sentiment indicator loses 16.4 points to 4.0 points at present. Nonetheless, with a share of 38.8 percent the majority of the respondents anticipate an unchanged cyclical development in the CEE area for the upcoming half year. The economic sentiment indicator CEE is calculated monthly by the Centre for European Economic Research (ZEW), Mannheim, with support from the Erste Group Bank, Vienna. A similar downwards adjustment was observed in July for the ZEW Sentiment Indicator for Germany as well as for the ZEW/Credit Suisse Economic Indicator for Switzerland.

The economic outlook for Austria improves by 4.5 to 14.5 points in July. The respective indicator for the Eurozone recedes marginally by 0.9 points, now standing at 15.8 points.

With respect to both Austria and the Eurozone, the answers suggesting an unchanged economic development on a six month time horizon prevail.

In the July survey, the financial experts hold a critical view on the present economic situation in all analysed regions and individual countries.

The corresponding balance for the CEE area recedes by 13.7 points to minus 75.0 points. As to Austria and the Eurozone, the decreases are even more pronounced, the associated indicators falling by 19.2 and 14.8 points to minus 45.5 and minus 70.0 points respectively.

The analysts' inflation forecast for all regarded economies is characterised by a shift towards unchanged rates of price increases. Concerning the CEE region, 43.5 percent of the respondents predict that the inflation risk will neither rise nor decline in the next half year. The outcomes for the Eurozone as a whole and Austria in particular are quite alike.

In July an increasing majority of the financial experts count on constant short-term interest rates in the Eurozone.

69.6 percent of the survey participants share the evaluation of the ECB, regarding the current interest level as "appropriate" and anticipate no adjustment.

The respondents' stock market expectations for the coming six months are mixed. Whereas the balance for the CEE share index NTX improves marginally, the respective indicators for the Austrian ATX and the Eurostoxx 50 lose slightly in value. However, all balances remain clearly positive.

The sentiment indicator for Croatia notes the sharpest decline in the July survey of 21.9 points, reaching a value of minus 17.1 points - the lowest level among all analysed economies. Nonetheless, a majority of the analysts, namely 43.9 percent, expect an unchanged economic development on a six month horizon.

The balance capturing the financial experts' assessments with regard to the current business conditions in Croatia reaches 69.8 points (minus 13.4 points compared to the previous month), being average among the evaluations for all other CEE countries.

The respondents' forecast for the Croatian Kuna increasingly tends towards devaluation versus the Euro in July. Most financial experts (47.4 percent) predict a depreciation of the national currency for the coming half year.

The economic outlook for Poland improves slightly in July, gaining 0.5 to currently 11.3 points. As in the previous month, the share of respondents counting on a stable business cycle increases distinctly and reaches 47.7 percent. The assessment of the present economic situation, however, worsens by 7.5 to minus 45.6 points.

According to most financial experts, an upward revaluation of the Polish Zloty versus the Euro is most probable within the next half year. 56.5 of the analysts share this view.

The cyclical indicator for Romania declines by 4.6 points in July, now standing at minus 6.8 points. Still, the expectations are highly heterogeneous. 35.6 percent of the survey participants reckon on an unvaried business development, whereas an equal proportion of the respondents anticipate an economic slowdown. 28.8 percent of the experts forecast a cyclical upturn. The current situation in Romania is assessed more critically, the corresponding indicator losing 8.5 to 76.6 points at present. The balance concerning the anticipated exchange rate suggests a depreciation of the Romanian Lei compared to the Euro.

After a decline of 15.0 points, the indicator reflecting the economic outlook for Slovakia turns negative, closing at minus 4.4 points. Nonetheless, 52.2 percent of the survey participants expect no change of the business activity for the next six months. The evaluation of the present economic situation deteriorates by 21.7 to minus 71.7 points. Concerning the future development of the Slovak stock index SAX, the financial experts are more cautious than for all other CEE nations. The respective balance featuring a single-digit value brings up the rear among the prognoses for the share indices.

Having dropped by 10.6 to 8.5 points, the Czech sentiment indicator loses in July its leading position in the CEE country comparison. This month's survey is characterised by the experts' cyclical expectations shifting from optimistic to neutral. The majority of the analysts (48.9 percent) consider an unaltered business development to be most probable. The balance indicating the assessment of the current economic situation decreases by 9.6 to minus 54.1 points in July, since the positive evaluations decline in numbers in favour of the neutral ones.

Concerning the currency forecasts, the neutral appraisals increase at the expensive of the positive estimations, too.

However, a majority of the analysts still assume a forthcoming appreciation of the Czech Koruna versus the Euro.

After its significant decline in June, the sentiment indicator for Hungary recovers slightly this month. The corresponding balance ascends by 2.3 to minus 2.1 points.

As in the previous month, the majority of the financial experts (53.1 percent) count on an unchanged cyclical situation for the coming half year. The present business circumstances, however, are predominantly regarded as negative, the respective indicator falling 7.6 points to minus 85.4 points - still the lowest value among the analysed CEE countries. The balance reflecting the analysts' outlook for the development of the Hungarian share index BUX improves marginally in the July survey and achieves the highest value in this category.

The special question in July deals with the prospects of the CEE tourism sector in the upcoming summer season.

45 percent of all survey participants attribute better perspectives to holiday destinations in Central and Eastern Europe than to locations in Western Europe. By contrast, 41 percent of the respondents take a more critical stance towards the CEE tourism industry. A distinct majority of 69 percent believe that mass tourism at the sea will be the dominant field of tourism in the coming summer season.

Cultural travels position themselves far behind, featuring a share of only 11 percent. Apart from the already dominating beach tourism, rural and ecotourism are expected to gain in importance.

According to the financial experts, the declining numbers of international and domestic visitors as well as the financing problems for building new resorts are the major challenges for the CEE tourism sector in 2009.

The Financial Market Survey CEE is a survey carried out by ZEW Mannheim and the Erste Group Bank AG Vienna, among financial market experts and has been conducted monthly since May 2007. The target of this survey is to develop indicators describing the economic conditions in Central and Eastern Europe (CEE) as well as in Austria.

The financial experts are questioned on their evaluations of the current business situation, the medium-term prospects of the respective economies and their expectations as to the development of the inflation rate, the short- and long-term interest rates, the exchange rates and share prices on a six month time horizon.

Among the analysed economies are the CEE region, the Eurozone as well as the Czech Republic, Poland, Hungary, Slovakia, Croatia, Romania and Austria.