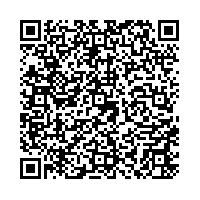 (PresseBox) ( Mannheim, 17-08-29 )
According to the current survey for August (8-23 August 2017), the economic outlook for China has improved again, rising by 4.1 points. The CEP Indicator, which reflects the expectations of international financial market experts regarding China’s macroeconomic development over the coming twelve months, is currently at exactly 0.0 points and thus far below the long-term average of 5.0 points.

The high volatility of the CEP Indicator over the past view months has continued into August. In the current survey, changes in the experts’ assessment of the Chinese economy have mainly occurred in the two categories “slight improvement” and “slight decline”. For August, the survey responses thus reflect a slight improvement in the economic climate. The experts’ assessment of the current economic situation has also brightened, with the corresponding indicator climbing from 6.5 points to 23.2 points.

The point forecasts for the growth of the Chinese gross domestic product (GDP) have remained very stable and show only a slight trend towards increasing growth rates. In the current survey, GDP forecasts for 2017 have increased from 6.7 to 6.8 per cent.

“The upward correction of GDP growth rates is the result of the growing optimism regarding Chinese exports and the expected share of world trade for China”, explains Dr. Michael Schröder, Senior Researcher in ZEW’s Research Department “International Finance and Financial Management” and project leader of the CEP survey. Both indicators have risen significantly. The experts’ expectations concerning domestic consumptions have also improved considerably, with the corresponding indicator standing at a very high level of 44.5 points.

The overall positive assessment of the economic situation is also reflected in the forecasts regarding the economic performance of the individual regions. In particular, forecasts for Shenzhen, Shanghai and Chongqing are fairly positive. The real estate price expectations indicate that the surveyed experts expect further price increases for properties in Chongqing and Shanghai.

ZEW works in the field of frontier empirical research in economics. The institute especially distinguished itself by working on internationally comparative studies in the context of Europe and by creating important scientific data bases, e.g. the Mannheim Innovation Panel (MIP) and the ZEW Start-up Panel. ZEW's key objectives are to conduct excellent economic research, provide science-based economic policy advice and transfer knowledge. ZEW was founded in 1991. ZEW currently has a staff of approximately 190 employees, two thirds of whom are researchers.