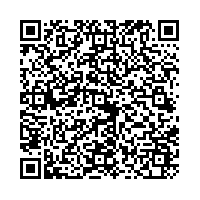 (PresseBox) ( Mannheim, 19-09-24 )
In the most recent survey for September (4–18 September 2019), the expectations regarding the Chinese economy fell for the second time in a row, with the indicator dropping by 12.8 points. In the previous month, expectations had worsened by 4.8 points. The CEP Indicator, which reflects the expectations of international financial market experts regarding China’s macroeconomic development over the coming twelve months, is currently at minus 17.7 points (August 2019: minus 4.9 points). The CEP indicator has been below its long-term average of 1.3 points since March 2018 and has been experiencing an almost uninterrupted series of negative readings since April 2018. Currently almost 55 per cent of the participants expect a (slight) deterioration of the economy over the next twelve months, while only 19.4 per cent expect a (slight) improvement.
The point forecasts for real gross domestic product (GDP) growth remain at 6.1 per cent for 2019; for 2020, however, they fall to 5.8 per cent (previously: 5.9 per cent).
The assessment of the current economic situation has risen by 3.2 points, and now stands at minus 9.7 points. Around 45 per cent of survey participants rate the current situation as normal, 32.3 per cent as poor and 19.4 per cent as good.
The relatively pessimistic assessment of the development of the Chinese economy is also reflected in the forecasts for the most important industrial regions, with the expectation indicators for Guangzhou, Shenzhen, Tianjin and Chongqing having dropped to double-digit negative levels. The survey participants therefore expect the economic situation in these regions to deteriorate significantly over the next twelve months. “Surprisingly, despite the ongoing unrest, participants still assess the future economic development of Hong Kong as relatively positive with an indicator value of minus 3.9 points. Many experts expect a speedy recovery of the economy once the protests have ended,” says Dr.  Michael Schröder, senior researcher in the Research Department “International Finance and Financial Management” at the ZEW – Leibniz Centre for European Economic Research and project leader of the CEP survey.
About a month ago, the Chinese yuan experienced a devaluation against the US dollar, which came as a surprise to many observers. As predicted by the experts, this devaluation has continued. It is also expected that the yuan will continue to depreciate from the current exchange rate level (around 7.09 CNY/USD). Over the next three months the exchange rate is expected to be 7.16 CNY/USD, in one year 7.26 CNY/USD. This is likely to ease China’s export burden, but could also contribute to a deepening of the trade conflict with the United States.

ZEW in Mannheim conducts research in the field of applied and policy-oriented economics and provides access to important data sets for national and international researchers. The institute provides advice to policymakers, private companies and government institutions at both the national and EU level on how to tackle current economic policy challenges. The central concern of ZEW's research is to analyse and design markets and institutions that allow for the sustainable and efficient development of knowledge-based economies in Europe. By keeping the public informed on its latest research and providing further training to researchers and business leaders alike, ZEW acts as a guide through economic change. ZEW was founded in 1991 and employs a staff of approximately 180, two thirds of whom are researchers. ZEW is a member of the Leibniz Association, a network of outstanding research institutes in Germany.