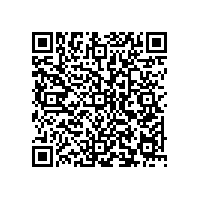 Brings together two of world's best game studios / Library of powerhouse franchises will include DOOM, Fallout, The Elder Scrolls, QUAKE, Wolfenstein and RAGE

(PresseBox) ( Rockville, 09-06-24 )
ZeniMax Media Inc., parent company of noted game publisher Bethesda Softworks, today announced it has completed the acquisition of legendary game studio, id Software, creators of world-renowned games such as DOOM, QUAKE, Wolfenstein, and its upcoming title, RAGE. The acquisition by ZeniMax Media joins together two of the finest, most respected videogame developers in the world, combining the first person shooter (FPS) expertise of id Software with acclaimed role playing game (RPG) developer Bethesda Game Studios - creators of the 2008 Game of the Year, Fallout 3, and the 2006 Game of the Year, The Elder Scrolls IV: Oblivion. Bethesda Softworks will publish the titles of id Software other than upcoming releases previously committed to other publishers.

Founded in 1991, id Software established itself as an industry leader with some of the best-selling and most critically acclaimed video games of all time. id Software created the original first-person shooter, Wolfenstein 3D, and subsequently set new standards in the genre with the blockbuster releases of its DOOM and QUAKE titles. In addition, id Software developed cutting edge, proprietary technology with the id Tech engine which powers many notable FPS titles, and continues to make great advances in game technology under the direction of John Carmack, one of the country's technology leaders and a member of the Academy of Interactive Arts and Sciences (AIAS) Hall of Fame.

Todd Hollenshead, CEO of id Software, commented on the transaction: "This was a unique opportunity to team with a smart, sophisticated publisher like Bethesda Softworks where the interests of the studio and the publisher will be fully aligned in the development and marketing of our titles. In addition, we will now have financial and business resources to support the future growth of id Software, a huge advantage which will result in more and even better games for our fans."

id Software will continue to operate as a studio under the direction of its founder, John Carmack. No changes will be made in the operations of id Software in the development of its games. All the principals at id Software have signed long-term employment contracts, assuring they will continue in their roles developing games at the studio.

"This puts id Software in a wonderful position going forward," said John Carmack, who will continue to serve in his current role as Technical Director. "We will now be able to grow and extend all of our franchises under one roof, leveraging our capabilities across multiple teams while enabling forward looking research to be done in the service of all of them. We will be bigger and stronger, as we recruit the best talent to help us build the landmark games of the future. As trite as it may be for me to say that I am extremely pleased and excited about this deal, I am."

Robert Altman, the founder, Chairman & CEO of ZeniMax Media stated, "We, along with many others, consider id Software to be among the finest game studios in the world, with extraordinary design, artistic and technical capabilities. They have demonstrated, repeatedly, that rare ability to create franchise properties that are critical and commercial successes. Our intention is to make sure id Software will continue to do what they do best - make AAA games. Our role will be to provide publisher support through Bethesda Softworks and give id Software the resources it needs to grow and expand."

ZeniMax Media Inc, which is privately held, was founded in 1999 to create quality interactive entertainment products to meet the growing worldwide demand. The Company is headquartered in Rockville, MD and maintains offices in Hunt Valley, MD, London and Tokyo. Among its wholly owned subsidiaries are Bethesda Softworks, a premier publisher of video games, Vir2L Studios which develops games for the casual market, and ZeniMax Online Studios, a studio dedicated to massively multi-player online games (MMOG).

ZeniMax Media is a preeminent media organization which has brought together a team of world class game developers, artists and designers, programmers, producers, and leading executives and talent from traditional media. ZeniMax Media creates and publishes original interactive entertainment content for consoles, the PC, and handheld/wireless devices. ZeniMax Media divisions include Bethesda Softworks, Vir2L Studios, ZeniMax Europe Ltd., and ZeniMax Online Studios. ZeniMax, Bethesda Softworks, Bethesda Game Studios, The Elder Scrolls, Oblivion, Morrowind and related logos are registered trademarks or trademarks of ZeniMax Media Inc. in the U.S. and/or other countries. Fallout is a registered trademark or trademark of Bethesda Softworks LLC in the U.S. and/or other countries. For more information on ZeniMax Media, visit www.zenimax.com.