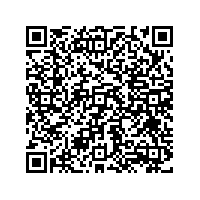 (PresseBox) ( Mainz, 15-09-22 )
Following previous deals with premium drama programming such as BRON I BROEN, the Israeli media group HOT continues its successful cooperation and recently acquired the high concept crime series THE TEAM from ZDF Enterprises.  Innovation is the buzzword for the international cop series THE TEAM, an ideal counterpart for Israel's cosmopolitan society.  THE TEAM has begun airing successfully on VoD in Israel. HOT acquired TV and VoD rights for a three-year license.

Fred Burcksen, ZDF Enterprises' Executive Vice President and COO reports that "the collaboration between ZDFE.drama and HOT was genuinely fruitful and stimulating, and we are looking forward to more such projects with

About HOT
HOT is a group of communication companies that offers customers a great variety of communication services, including multi-channel television, fast internet infrastructure with a speed of 200 Mb, advanced fixed line telephone services, ISP (internet provider) services – via subsidiary company HOTnet, and cellular connection services – via subsidiary company HOT mobile. In addition, the company provides international communication services including long-distance calls for fixed and mobile lines - via subsidiary company HOT 017. The company employs more than 5,500 direct employees nationwide and around 2,000 outsourced and indirect employees.
HOT has 872,000 subscribers of multi-channel television that constitute about 60 % of the multi-channel television market share. The company has about 740,000 internet subscribers that represent more than 40 % of the market share, and about 680,000 fixed telephone lines. Even before HOT mobile launching, the company was previously called “Mirs” and listed more than 430,000 clients. HOT provides services for a total of approximately 1.3 million households in Israel.