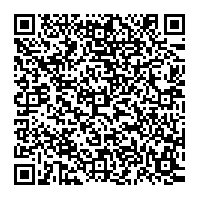 Ecoware S.p.A., Padua, Italy, concluded a loan agreement for construction financing of one of its photovoltaic solar power plants with a capacity of 6 MWp in Italy

Subscribe to news
(PresseBox) ( Frankfurt am Main, 10-11-12 )
The loan volume is EUR 16 million. youmex AG arranged and provided the bridge financing in just a few weeks from the start of the mandate to the drawdown.

Ecoware S.p.A., based in Padua, Italy, is a medium-sized product developer and general contractor for photovoltaic power plant construction. The company has expertise and references for the construction of tracker systems, in which the position of the solar modules in relation to the sun is electromechanically tracked, significantly increasing the output yield per kWp of installed module capacity. Ecoware has sold one of these power plants with a capacity of 6 MWp to an institutional investor on a turnkey basis. The interim construction financing should have been done originally via payment terms for the components, in particular the solar modules.

'The components market has become increasingly tight this year due to unforeseen circumstances, i.e. the high level of demand resulting from axed or reduced feed-in tariffs means that components for solar power plant construction are very rarely delivered with payment terms by manufacturers and suppliers at present. In most cases, orders are only being accepted in return for guarantees, advance payments or even full payment before delivery,' says Leopoldo Franceschini, CEO of Ecoware S.p.A.

This situation meant that Ecoware faced the challenge of paying for modules and inverters prior to delivery and obtaining interim financing for this very quickly. 'We readily embraced this challenge,' says Christian von Olnhausen, Director of Clean Energy Finance at youmex AG, based in Frankfurt am Main, Germany. 'It was a real race against time to arrange this interim construction financing in just a few weeks without this financier also being able to subsequently provide the long term financing, which was already organised by the investor.'

The drawdown of the interim construction financing for the payment of the modules has already been made. Completion of the solar power plant in 2010 is thus ensured, along with securing the corresponding feed-in tariff.

Ecoware S.p.A. is a leading Italian systems integrator, designing turnkey photovoltaic power plant solutions. It manufactures dual-axis ground mounted tracker systems, and has developed and installed many solar parks throughout Italy. Ecoware also plans to expand its business into Southern and Eastern Europe. Its revenues in 2009 were EUR 107 million and are estimated at EUR 300 million for 2010. Ecoware offers specialised solutions, including scouting for land and the procurement of authorisations for the realisation of photovoltaic parks throughout Italy. Ecoware was founded in Padua in 2003 with a mission to design and manufacture cost effective fixed structures and trackers. In 2008, Ecoware became part of the Kerself Group, which propelled the company to its current dominant position in the Italian photovoltaic market. The Kerself group is Italy's leading systems integrator in photovoltaic plants and solar fields of any size for private or industrial use, active in a full range of sectors from cell and module production to turnkey projects. The group is an international player with a focus on Mediterranean countries. The revenues of the group in 2009 were EUR 244.7 million and are estimated at EUR 429 million for 2010. Further information at: www.ecoware.eu

The youmex group, Frankfurt am Main, is an independent specialist in corporate and project financing, free of third-party interests. The core division Corporate Finance is focused on financing and capital measures for Small and Midcap Enterprises with revenues of EUR 100 to 500 million in transaction volumes of EUR 10 to 150 million. In the Equity and Debt Advisory, Investment Banking and Securities Processing segments, experienced specialists provide support in all stages of capital procurement through the capital markets with a long-established network of partners. From debt capital, mezzanine capital and equity through to IPOs and bond issues, the transactions are structured and arranged from one source. In the Structured Finance and Project Finance divisions, activities are focused on the clean energy and real estate sectors. youmex AG, founded in 1999, has organised various stock market listings and capital measures as a Deutsche Börse listing partner. Securities transactions and placements are handled by youmex Invest AG, a BaFin-regulated financial services institution founded in 2000. Further information at: www.youmex.de

Recommend Ecoware S.p.A., Padua, Italy, concluded a loan agreement for construction financing of one of its photovoltaic solar power plants with a capacity of 6 MWp in Italy press release