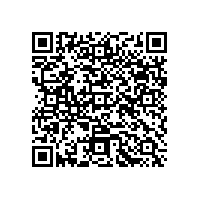 Subscribe to news
(PresseBox) ( Mississauga, Ontario, 08-11-14 )
YM BioSciences Inc. (NYSE Alternext US:YMI, TSX:YM, AIM:YMBA), an oncology company that identifies, develops and commercializes differentiated products for patients worldwide, today announced that an unsolicited proposal has reportedly been made to acquire the Company at a price of approximately US$0.50 per share or approximately US$29 million.

"We do not believe that an offer at this price would appropriately value the Company's assets," said David Allan, Chairman and CEO of YM BioSciences. "However, as a matter of its fiduciary responsibility to shareholders, the Board will review and consider any formal offers it receives."

In addition to net cash of more than CDN $52 million at September 30, 2008, YM BioSciences owns outright the rights to AeroLEF, a unique approach to the delivery of fentanyl for the treatment of patients with acute pain which is being prepared for late stage trials. The Company is also the licensee for the highly differentiated EGFR-targeting drug, nimotuzumab, for most of the major market territories including Japan, Europe and North America. Nimotuzumab is currently undergoing a YM sponsored trial in pediatric glioma in Canada and the US, while being advanced in several Phase III trials by YM's licensees and other companies advancing the drug internationally. Nimotuzumab is already approved for sale in a number of countries. YM believes it has sufficient cash resources to materially further advance nimotuzumab over the next 24 months in addition to the development of the drug internationally.

As at September 30, 2008 the Company had 58,216,309 common shares outstanding, of which 2,380,953 common shares are held in escrow to be released contingent upon the completion of certain milestones.

YM BioSciences Inc. is a company that identifies, develops and commercializes differentiated products principally in the area of oncology for patients worldwide. The Company is developing nimotuzumab, a humanized monoclonal antibody, and AeroLEF(R), a proprietary, inhaled-delivery composition of free and liposome-encapsulated fentanyl. Nimotuzumab is in development targeting multiple tumour types in combination with radiation, chemoradiation and chemotherapy. The drug, which is approved for marketing in eight countries, is significantly differentiated from all other currently marketed EGFR-targeting agents because of a remarkably benign side-effect profile. In approximately 3,000 patients treated worldwide, to date, no Grade III/IV rash has been reported and reports of any of the other side-effects that are typical of EGFR-targeting molecules have been rare. AeroLEF(R) is in development for the treatment of moderate to severe pain, including cancer pain. The product completed a randomized trial in 2007 and is being prepared for late-stage development internationally.