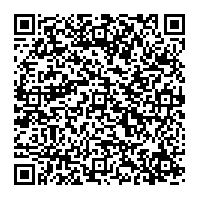 Subscribe to news
(PresseBox) ( Mississauga, 09-03-16 )
YM BioSciences Inc. (NYSE Alternext US:YMI, TSX:YM, AIM:YMBA), an oncology company that identifies, develops and commercializes differentiated products for patients worldwide, today reported the enrollment of the first patient into its multinational trial of nimotuzumab for the treatment of patients with non-small-cell lung cancer (NSCLC).This Phase II randomized, double-blind, placebo-controlled study will examine the effect of nimotuzumab when added to palliative radiotherapy to treat NSCLC. The trial has a target enrollment of 128 patients and is being conducted internationally with 12 centers contracted to participate in Canada. Patients diagnosed with Stage IIb or III NSCLC ineligible for curative treatment, or Stage IV NSCLC patients with progressive disease within the chest, are eligible to enroll into this study. Palliative radiotherapy constitutes a standard treatment modality in this patient population.

The Principal Investigator, Dr. Gwyn Bebb of the Tom Baker Cancer Centre in Calgary, Canada commented, "The data we presented at ASCO 2008 encouraged us to proceed with this Phase II trial as soon as was feasible, and we are obviously excited to get the study off the ground in such a timely manner. Our experience to date leads us to expect a successful outcome from this important trial for these severely underserved patients. Patients in the earlier trial enjoyed a good quality of life while being on nimotuzumab every two weeks, in some cases, for over a year. Clearly, it is critical to assess the specific contribution of nimotuzumab to this outcome and that is why the Phase II study is scientifically rigorous, being both randomized and blinded. We anticipate that accrual to the study will be quite brisk and that we will meet the planned timepoints."

"The blinding of this trial is feasible because nimotuzumab does not produce the severe toxicities typical of the EGFR class of antibodies. This unique safety profile provides us with the expectation of a significant competitive advantage and holds out the prospect for an extension in survival at an acceptable quality of life for patients who have been told that they are being treated palliatively," said David Allan, Chairman and CEO of YM BioSciences. "This trial is one of two that we are launching in indications in which nimotuzumab's demonstrated and differentiated mechanistic attributes are expected to show that it is as effective as the currently marketed antibodies while continuing to demonstrate its best-in-class prospect."

This trial is being launched subsequent to a successful lead-in Phase I trial in a similar patient population. Initial data from the lead-in study were presented at ASCO 2008, where the median Overall Survival (OS) reported for 18 patients was 13.8 months. The lead-in study findings were subsequently corroborated by results from an independent Phase I performed under the same protocol by Kuhnil Pharmaceutical Corporation, the licensee for nimotuzumab in Korea. In that trial a median OS in the Asian population of 11 months was reported and the two studies bring the aggregate number of patients treated under the protocol to 33. These survival data compare well with historical survival times of six to nine months reported in a similar but fitter or healthier patient populations ((Int J Radiat Oncol Biol Phys. 2002 Nov 1;54(3):719-28.) (Clin Oncol (R Coll Radiol). 1996;8(3):167-75)).

"The palliative NSCLC patient population represents a significant unmet medical need where progress over the last 30 years has been primarily limited to adjustments in radiotherapy protocols, with no major improvements to patients," said Dr. Leonardo Viana Nicacio, M.D., Director, Clinical Affairs for YM BioSciences. "A therapy that has the potential to maximize symptom palliation, improve survival, minimize toxicity and reduce the need for re-irradiation would be most welcome."

The incidence of NSCLC exceeds 367,000 new cases in the seven major pharmaceutical markets with around 25% of patients in various jurisdictions being treated with palliative radiotherapy for chest disease. A recent meta-analysis from Canadian investigators (J Clin Oncol. 2008 Aug 20;26(24):4001-11) demonstrated that a better palliative treatment resulted in a survival benefit. Achieving greater local control with radiotherapy alone can provide more timely palliation of thoracic symptoms than chemotherapy alone and may be the only treatment option for poor ECOG-status patients, or those who have declined chemotherapy or progressed despite systemic therapy. One approach to improve local control without the toxicity of chemotherapy is to administer agents such as nimotuzumab that enhance the toxicity of radiotherapy to cancer cells.

The trial enrolment is anticipated to take 18 months and a follow-up period of 18 months will be required to complete the trial. The protocol for the trial is being reviewed by nimotuzumab licensees worldwide and participation by several of the nimotuzumab consortium members is anticipated. Such participation would increase the rate of recruitment and reduce time-to-completion. The primary endpoint of the trial is to evaluate the difference in OS with secondary endpoints being Response Rate, Time to Progression, Progression-Free Survival and Quality of Life.

This press release may contain forward-looking statements, which reflect the Company's current expectation regarding future events. These forward-looking statements involve risks and uncertainties that may cause actual results, events or developments to be materially different from any future results, events or developments expressed or implied by such forward-looking statements. Such factors include, but are not limited to, changing market conditions, the successful and timely completion of clinical studies, the establishment of corporate alliances, the impact of competitive products and pricing, new product development, uncertainties related to the regulatory approval process and other risks detailed from time to time in the Company's ongoing quarterly and annual reporting. Certain of the assumptions made in preparing forward-looking statements include but are not limited to the following: that nimotuzumab will continue to demonstrate a competitive safety profile in ongoing and future clinical trials; that AeroLEF® will continue to generate positive efficacy and safety data in future clinical trials; and that YM and its various partners will complete their respective clinical trials within the timelines communicated in this release. We undertake no obligation to publicly update or revise any forward-looking statements, whether as a result of new information, future events or otherwise.

Nimotuzumab is a humanized monoclonal antibody in development worldwide, targeting multiple tumor types primarily in combination with radiation and chemoradiation. It is significantly differentiated from all other currently marketed EGFR-targeting agents due to its remarkably benign side-effect profile. Nimotuzumab's anti-tumor activity has led to its approval for marketing in over 12 countries. In more than 3,500 patients reported as having been treated with nimotuzumab worldwide to date, no Grade IV incidents of radiation dermatitis have been described, severe rash has not been observed and reports of the other severe side-effects that are typical of EGFR-targeting molecules have been rare. Nimotuzumab is licensed to YM's majority-owned subsidiary, CIMYM BioSciences Inc., by CIMAB S.A., and was developed at the Center of Molecular Immunology. YM is developing AeroLEF for the treatment of moderate to severe acute pain. The product is differentiated from other approaches using fentanyl because patients can individually control the analgesia required for their differing intensities of pain. AeroLEF met all endpoints in a randomized Phase II trial and is currently being prepared for late-stage development internationally.