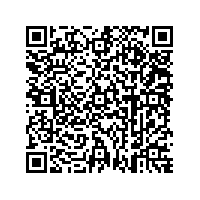 "During the quarter we continued to advance nimotuzumab globally, leveraging co-operative efforts of multiple partners and other licensees of the drug," said David Allan, Chairman and CEO of YM BioSciences. "These activities were highlighted by the acceptance of a poster at ASCO 2008 describing data from the Canadian arm of a Canadian/Korean trial in non-small cell lung cancer, also known as NSCLC, and the enrollment of the first patient in our US and Canadian Phase II trial investigating nimotuzumab in pediatric patients with inoperable, treatment-resistant brain cancer."

Nimotuzumab, a humanized monoclonal antibody that targets the epidermal growth factor receptor (EGFR), is being developed globally, with 14 companies now participating in the development of this drug. YM's financial interest in nimotuzumab extends across the major pharmaceutical marketplaces of North America, Europe and Japan and includes countries in South-East Asia and Africa. YM has retained all rights to North America, Australia and New Zealand while out-licensing rights to the drug in its remaining territories.

- In February 2008, YM enrolled the first patient in its Phase II trial investigating nimotuzumab in pediatric patients with progressive diffuse intrinsic pontine glioma (DIPG), an inoperable, treatment-resistant brain cancer. Nine leading US pediatric clinical centers and two Canadian centers are participating in the 44-patient
single-arm trial evaluating nimotuzumab as a monotherapy. The primary endpoint of the trial is a target response rate of 15%, and recruitment is expected to be completed in mid-2009.

- Preliminary results are expected in mid 2008 from the 59 patients in the first of two possible tranches of YM's Phase II colorectal cancer study. The trial is evaluating the combination of nimotuzumab with irinotecan chemotherapy in irinotecan-resistant patients.

- YM continues to follow patients in Canada in a joint Phase I/II trial with its licensee Kuhnil Pharma in Korea. The trial is evaluating nimotuzumab in combination with external radiotherapy in patients diagnosed with stage IIb, III or IV NSCLC unsuitable for radical therapy. Kuhnil Pharma has completed enrolling patients into the
joint trial. Data from the YM patients in the trial will be presented at ASCO 2008 in June and support the design of the international Phase III trial in NSCLC that YM plans to initiate this year with certain of its licensees and other nimotuzumab developers.

- In Europe, Oncoscience AG, is conducting late-stage trials in first-line pediatric DIPG, adult glioma and pancreatic cancer. In April 2008, nimotuzumab was accorded Orphan Drug Designation for pancreatic cancer in Europe. Data from the first-line, single-arm Phase III pediatric DIPG trial is scheduled for a poster presentation(Poster No. 3D, S Hall A1) on June 1, 2008 at ASCO.

- YM's licensee in Singapore/Indonesia, Innogene Kalbiotech/P.T. Kalbe Farma, has initiated a Special Access Program under which patients are being treated with nimotuzumab for various tumour types and a broad development program is underway in those substantial markets.

- At the 2008 ASCO annual meeting, poster presentations on a pharmacodynamic study of nimotuzumab in patients with unresectable squamous cell carcinoma of the head and neck (Poster No. 14D, S Hall A1 on May 31, 2008), and additional results from the escalating-dose Phase I portion of a Phase I/II NSCLC study(Poster No. 15F, S Hall A1 on June 1, 2008) will be presented.

AeroLEF(TM) is a proprietary, inhaled-delivery composition of free and liposome-encapsulated fentanyl in development for the treatment of moderate to severe pain, including cancer pain. AeroLEF(TM) uniquely permits patients to identify and select the appropriate dose in real-time for each pain episode to achieve both rapid onset and extended duration of analgesia.
YM received clearance from the US Food and Drug Administration (FDA) in 2007 to initiate a Phase II Acute Pain Study (AP5) of AeroLEF(TM) in the US in opioid-tolerant or opioid-naive patients. During the fiscal third quarter, YM reported that it received a letter from the US FDA informing the Company that the planned Phase II Acute Pain Study (AP5) of AeroLEF(TM) had been placed on clinical hold. The Company is currently preparing its response to the FDA and expects to submit its response in the coming weeks.
Three posters describing research conducted on AreoLEF(TM) will be presented at the 27th Annual Scientific Meeting of the American Pain Society(APS), which takes place May 8-10, 2008 in Tampa, Florida. (Poster No.'s 243, 264 and 265)

As at March 31, 2008 the Company had cash and cash equivalents and short-term deposits totaling $62.1 million and payables and accrued liabilities totaling $2.5 million compared to $75.6 million and $3.3 million respectively at June 30, 2007.
As at March 31, 2008 the Company had 55,835,356 common shares outstanding, of which 2,380,953 common shares are held in escrow for contingent additional payment related to the acquisition of Delex Therapeutics Inc.

YM BioSciences Inc. is an oncology company that identifies, develops and commercializes differentiated products for patients worldwide. The Company has two late-stage products: nimotuzumab, a humanized monoclonal antibody that targets the epidermal growth factor receptor (EGFR) and is approved in several countries for treatment of various types of head and neck cancer; and AeroLEF(TM), a proprietary, inhaled-delivery composition of free and liposome-encapsulated fentanyl in development for the treatment of moderate to severe pain, including cancer pain.