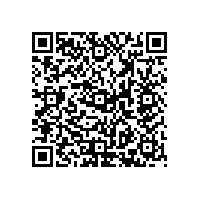 The Pitch 2012 has uncovered a blossoming UK small business sector, with innovative entrepreneurs looking to revolutionise everything from pizzas to the shampoo industry

(PresseBox) ( Birmingham, 12-07-10 )
BusinessZone.co.uk, in association with digital services provider Yell, has selected 80 of the UK's most innovative small businesses to compete for business support worth £50,000 in The Pitch 2012.

The Pitch 80 were selected from the hundreds of entries from England, Wales, Scotland and Northern Ireland. The full list is at: http://www.thepitchuk.com/pitch-80.

All 80 business owners will pitch to judges and a live audience at The Pitch Live, a two day entrepreneurial extravaganza in Liverpool on 18 and 19 October.

One winner selected by the audience will receive a cash award raised from the proceeds of the event ticket sales. In addition, four regional winners will be chosen to compete for the £50,000 prize at The Pitch 2012 Grand Final at London's Ministry of Sound nightclub in November, while 16 regional winners will be awarded wildcard status and compete for the most public votes and the fifth slot in the final.

Among the 80 finalists is Adam Murphy and his company Shnuggle. Competing for Northern Ireland, he has come up with a modern take on the Moses basket for babies.

Pitching for England will be Alexander Epstein, a former contestant on BBC TV's The Apprentice, who runs Concoction, an innovative start-up which allows customers to create their own blended shampoo.

Flying the flag for Wales will be Alba McDonnell who is shaking up the spicey sauce industry with her Rio: A Taste of Brazil cooking sauces, while Scotland will be represented by Donnie Maclean, whose company, Eat Balanced, provides a must-eat for all foodies, a nutritionally balanced pizza.

A record number of hopeful entrepreneurs entered The Pitch 2012, spanning a vast range of sectors. From the hundreds of businesses taking part, 78% are based in England, 11% in Scotland, 6% in Northern Ireland and 5% in Wales.

Some 39% of the applications were from companies in their first year of trading, while 24% are still to launch. Another 37% have been in business for between one and three years.

The internet industry was the most popular sector for entrants making up 18% of the total. That was followed by manufacturing with 15% and the media industry was represented by 13% of the applications.

When looking for inspiration, 19% said Sir Richard Branson is who they look to, compared to 7% who opted for the panellists on BBC Dragons' Den and 5% who said a member of their own family is the person who has inspired them the most in their entrepreneurial journey.

Louise Morgan, head of intelligence and strategic insight at Yell Group, who judged the Welsh entries, says: "The judging process was a fantastic opportunity to learn more about how small businesses are positioning themselves in a diverse and competitive marketplace.

"It was inspiring to see the great variety of entries that demonstrated innovation and the need for their product or service."

Morgan was joined at the Welsh heat by Jon Blake, regional director, South West at The Institute for Chartered Accountants in England and Wales (ICAEW). He adds: "It has been great to be able to put some really strong proposals through to the final."

Darby has supported The Pitch since 2009 and will mentor the overall winner of The Pitch 2012 as she did in 2011. She comments: "Once again the Pitch has surpassed itself in not only the sheer volume of entries but the quality. There were so many real corkers in the mix that judging them proved to be a positive delight."

The Pitch is a Sift Media event, in association with Yell. The Pitch is sponsored by ICAEW and Crunch.

With a range of services including websites, email publications, industry awards and exhibitions, Sift Media delivers original, branded content to over half a million professionals every month, across small business, finance, accounting, HR and training, IT, marketing, customer management and knowledge management.

BusinessZone.co.uk is Sift Media's online publication for entrepreneurs providing free, practical and no-nonsense advice on how to start and grow a successful business.

Yell Group is a leading provider of digital services within the emerging local eMarketplace for consumers and SMEs across its operations in the UK, US, Spain and some countries in Latin America.

Building on its strong presence in the local market through its current digital and print portfolio, Yell is developing a broad range of digital services tailored to the converging needs of SMEs and consumers.

These address both the SMEs' need to grow, transact and be efficient in the digital world, and the consumers' need to connect locally to the goods and services they want, in a way which saves them time and money, and moves their lives forward.