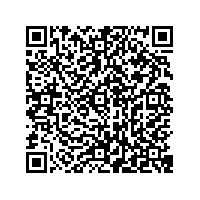 CyberHoist gets Sticky and Sweet for Madonna

Subscribe to news
(PresseBox) ( Utrecht, Netherlands, 09-09-08 )
This summer's Sticky and Sweet tour was a dazzling show even by the usual technically pace-setting standards of Madonna's live productions. A large XLNT CyberHoist intelligent motor system was responsible both for animating the opening seconds of the show and a multitude of complex screen and lighting movements throughout the evening.

Showcasing mostly the same material as the 2008 tour, Madonna added some new numbers, a standout moment being a tribute to Michael Jackson, with one of her dancers performing the Moonwalk in full Jacko regalia.

The largest screens were controlled by XLNT's InMotion3D software running on a CyberHoist FPS Full Production System with dual Apple MacPro's, in the hands of Senior Programmer and Project Manager Martin Hoop or his deputy Erik Gielen. The action began with a giant video cube that opened the show displaying a replica of the giant ornate 'M' symbol flanking Madonna's stage.

The front part, known as the 'Venetian' screen, morphed into surreal video imagery that appeared to be slowly shredded into horizontal strips as the front face of the cube was pulled apart vertically by a pair of CyberHoist 1 ton motors at the top edge. Ultimately revealing the star herself, the movement was completed when another pair of 1 ton CyberHoist motors at the base of the piece pulled the lower leaves upwards and out of sight.

The show employed a total of 11 one ton CyberHoist and 18 half ton CyberHoist motors, with each of three upstage lighting pods, all carrying Syncrolite searchlights, moved by a combination of two half ton and one ton CyberHoists under the command of a separate control system with XLNT InMotion3D software running on a CyberHoist PS Production System.

Forming another key visual element were two concentric circles of Element Lab Stealth screens, flown over the stage thrust and 'B' stage. The circles were designed to move in conjunction or separately from each other, each flown from four half ton CyberHoists.

The central Venetian Screen was accompanied by two moving Nocturne 20mm LED screens upstage, which tracked on Tait Towers Trollybeams while being lifted and lowered on two one ton CyberHoists per screen, the combination allowing 3D movement.

The final element was a pair of rear screens, composed of Nocturne V9 9mm pixel pitch LED walls, each flown from a pair of half ton CyberHoists.

Martin Hoop comments: "The most challenging aspect was translating particular movements that Roy Bennett, Jamie King and video director Christian Lamb wanted to see happen at a certain speed and make it work in the time required for the piece travel from A to B; we input some ideas to make the movements as smooth as possible. We also had some interesting issues with trim heights, starting with a trim of 50 ft and ending up with 58 ft." To achieve exact trim of all the moving elements, the base height was set at 2 inches off the stage, he says, "and we set all the presets and cues from that, which worked perfectly as always, and all the screens lower to the same two-inch deck level for rigging etc."

Two CyberHoist crews ran the tour's duplicate systems: the Advanced Crew, headed by Jan Hoefnagels, which rigged the largest elements of the system, and the Show Crew which completed the job.

After last year's Europe, North America and South America dates the 2009 leg has taken in Europe, Eastern Europe including Russia, and reached its conclusion on September 2nd in Tel Aviv.

XLNT Advanced Technologies develops specialist solutions for a variety of entertainment technology applications across a broad spectrum of audio, lighting and rigging applications.

Recommend CyberHoist gets Sticky and Sweet for Madonna press release