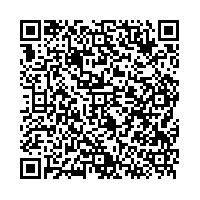 Subscribe to news
(PresseBox) ( Munich/Seattle, 17-04-12 )
Xeditor wins Airbus Defence and Space GmbH as a new customer in the field of technical documentation. Xeditor, the web-based XML editor, is used initially as a prototype.

Xeditor is used in the area of "Technical Information and Data Combat A/C" in Manching, to create technical documentation for various military aircrafts as a prototype in a project for an optimized author environment. With Xeditor the handling for the technical authors with formal framework conditions will be simplified. In addition, an optimized user interface is created. The editor supports the procedural schema of the international technical standard S1000D.

Airbus Defence and Space is a division of Airbus Group responsible for defence and aerospace products and services. The division was formed in January 2014 during the corporate restructuring of European Aeronautic Defence and Space (EADS), and comprises the former Airbus Military, Astrium, and Cassidian divisions. It is the world's second largest space company and one of the top ten defence companies in the world.

“Xeditor provides an intuitive user interface that allows the author to edit the documentation without having to know the details of XML schemas.” Thorsten Kaup, Airbus Defence and Space.

“We are delighted to have won a new customer for technical documentation in the field of aeronautics and space ”. Matthias Kraus, Managing Director, Xeditor.

Xpublisher Inc, an innovative and dynamic company in Munich/Seattle, offers among other things software solutions for XML based jobs and publishing. The development of modern and open software architectures allows flexible and tailor-made customer solutions. Xpublisher Inc. provides Xeditor, the web-based XML editor and Xpublisher, with the XML editing system.